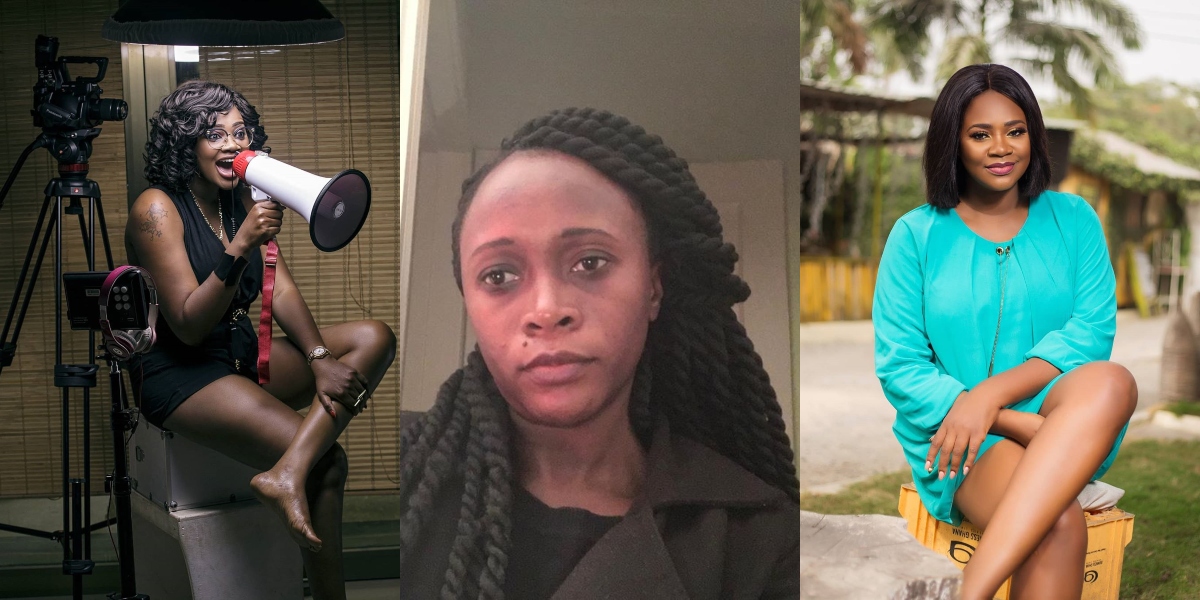 Award-winning movie director, Leila Djansi, has opened up about her part in a recent post made by actress Kafui Danku claiming the former was a dangerous person.

In a long-worded reply, Leila indicated that some people had claimed she reportedly said Kafui Djanku’s husband was broke.

Leila said she was sure she had not made the said claim that got Kafui Danku to go on social media to make a post and inform the public that Leila was dangerous and admonished people to stay away from her.

Leila narrated all that had happened before Kafui created the impression she did in the post that was made on Facebook.

Leila corroborated the story of one Doris who needed money for surgery but she managed to raise the money even though she had earlier asked Kafui to ask her husband to help create awareness over the issue.

Leila said she was ready to apologize to Kafui and her husband if Kafui came out to tell her boldly who was making the claim in the first place.

Leila went on to bemoan the many lies that are told about her in the movie industry and admonished people not to be afraid to reach out to her if they heard anything about her so that she can either confirm or deny the claims.

Her post read: “Welp. This is embarrassing. I might need to burn my Ghana passport after this because it is too much.

I want to apologize to every respectable person on this my Facebook page. I wish I could insulate you and myself from this. it so embarrassing to say the least. But, since it’s already headlines in Ghana, it’s best I soil myself and redeem my image before you.

There is a young actress in Ghana who I have always liked because we belong to the same tribe. In the past couple of months, I have been mentoring her and she has also gone above and beyond to support my cause to raise funds for Baby Doris.

Few weeks, ago, we were told Doris required another chemo round and we need 5,000 dollars. I was at the end of my rope with people to call for money. I had exhausted my own personal funds in the middle of a pandemic.

I called Confidence Haugen and begged her to ask her husband to donate, big. He did.

I reached out to most of you here to beg, literally beg for money. Many of you did.

I called Ama k and gave my movie library to Dominion TV in exchange for 1000 dollars. I gave a list of names to Ama and asked her to hustle those folks for funds since I didn’t have a direct link except to one person who I was banking on as last resort.

I called Kafui Danku and said to her : I have a friend who shares the same circle of friends with your husband, do you think your husband would be willing to share the fund raiser among his colleagues to raise the 5000? Her response in short was she would ask him.
Two days later, my back up source graciously gave us the money and I sent Kafui a message and I quote “Norvi, we raised the 5k. So please don’t bother our husband”.

That was the end of the fund raising for baby Doris.

Saturday, Kafui and I had a long drawn out conversation about movie credits and I was encouraging her to share credit and get a contract with someone she was having copyright issues with. She wanted to sell to Netflix, I provided her the process and went ahead to give her the details of another buyer.
Sunday, I sent her a funny Ewe video and we both laughed.

Monday morning, I get a call from her at 5:49am. I refused to answer. Too early. 8am, I get a call from Doris’s caregiver in India. I freak out and pick up, groggy. She was singing, asking me to calm down. Calm down about what, I asked her? She Kafui Danku wrote something about you on Facebook. I picked up my phone and saw an abusive message from kafui. I called her, she didn’t respond. I texted her the attached message.

Apparently, someone had told someone, I had told them that Kafui’s husband is broke and doesn’t have money. Me, at my old age, will still be engaging in he said she said. No problem.

I called Ama K and I called Confidence Haugen asking them, guys, did I tell you guys that I asked Kafui to ask her husband to raise funds? they both said no. We don’t remember you telling us that.

I honestly do not remember. Kafui is vehemently protecting her source. Which is all well and good. But, I am tired of the character assassination. One of the reasons I walked out of the Ghana film industry has been due to LIES. Fabricated stories. Things you’ve not said or done, you are accused of doing. I asked Kafui herself to repeat to me stuff she’s heard about me so I defend or accept. She told me some and I opened up to what was the truth or what triggered whatever. I ask that question of a lot of people. What have you heard about me?

I have very few friends I discuss issues with in Ghana. Zoree, Confidence, Ama K, Akofa Djankui, Ludwig, Maame, and Tina. Maame (previously) and Tina work closely with me. They know everything about me because they keep some of my property for insurance and my mother calls them if she doesn’t hear from me. Outside of these people, whomever I may I have told that Kafui Danku’s husband is broke, please remind me. If I did I will issue a public apology to Kafui and her husband. I am very careful around Ghanaians because in 2012, I had a very nasty experience when someone who was supposed to be my manager was gathering blackmail information on me.

I am not going to sit here and say i do not engage in salacious conversation. neither can anyone else. BUT, I can beat my chest and say I do not have any conversation with anyone that does not involve something that has to do directly with me. If Ama offends me, I will tell Akofa this is what Ama did to me. If my sister offends me, I tell my Mom this is what she did.

Ghanaian bloggers, be very careful with how you print one sided stories. I have come to my wits end I am very tired of the numerous stories out there in Ghana about me 90% of which are lies. I sat in a taxi when he driver was talking to me about me. How he knows Leila Djansi very well. I was in that taxi with Maame Dufie. I asked “You know Leila Djansi”, he said “yes. Her sister is married to my brother.” This what I deal with every day. Gossip. Lies, fabricated stories from people who have never met me, spoken to me or worked with me.

Please, if you hear something about me, call me, confront me and tell me, “Peter said you said this, is it true” and give me an opportunity to defend myself or confess and ask for forgiveness. Ain’t no one ever died of begging for forgiveness.

If Kafui could please tell me who I said it to, it would actually help me know my friends. Because the insect that destroys the leaf, is under the leaf.

There are always 3 sides to a story.”

Earlier, Kafui Djanku made a post on Facebook and claimed that Leila Djansi was a dangerous person who was spreading lies about her.

She went on to warn the general public to beware when dealing with Leila.