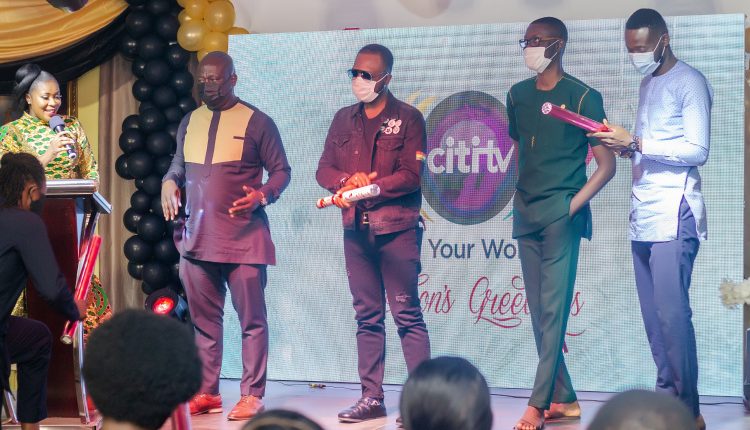 The winners for the maiden of Citi TV’s Entertainment Achievement Awards have been announced.

The programme which aired on Citi TV, eTV, DGN TV, and on all Citi TV portals, was held virtually

READ ALSO: Watch Video Of The Heart-melting Moment Abena Moet Told Her Dad She Loves Her Hubby At Their Traditional Marriage Ceremony

The scheme covers areas such as sports, music, film, fashion, photography, media, comedy, among others.

READ ALSO:Kidi Walks Home With The Coveted ‘Artiste Of The Year’ Award At #3MusicAwards21

At the end of the event, actor Akwasi Boadi, popularly called Akrobeto emerged as the overall Entertainment Personality of the Year.

Song of the Year – Open Gate

Sportsman of the Year – Jonathan Mensah

Even of the Year – Black love Concert

Photographer of the Year – Bob Pixel

Model of the Year – Gina Akala

We Have No Problem With Stonebwoy And Shatta Wale Concert Clash...