News about the sad demise of Laillah-Crystal Banda, the executive secretary and personal assistant of Excellence in Broadcasting boss, Bola Ray hit online on Valentine’s Day.

After the heart-breaking news went viral, Bola Ray has not made any official statement on the matter even though many of his employees and former colleagues of Laillah-Crystal Banda had taken to social media to express shock about the news.

Taking to his various social media pages to finally speak about Banda’s sad passing, the renowned broadcaster revealed he has been silent on the issue on this while because he could not find the right words.

He further stated that Valentine’s Day will never be the same again for himself and many other family, friends, and colleagues of Laillah-Crystal Banda as it is the day he sadly died.

“It has taken me days to find the right words to process your exit. I have struggled to come to terms with the fact that you are no more. Valentine’s Day will never be the same again, not that any other day would’ve sufficed. I was never ready for your exit Crystal. Nothing could have prepared me for this. I am numb and still in total disbelief. I do however know that my heart aches and that I, my family, EIB, Empire, and your countless friends have lost a real one. Yours was a life passionately and selflessly lived. Forever in our hearts.” 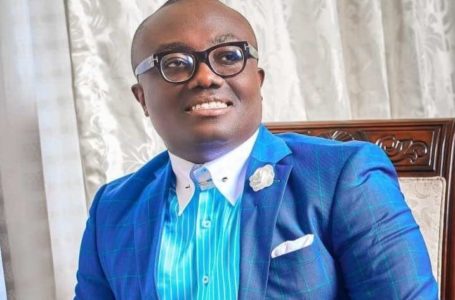