After Kuami Eugene was crowned as the ‘King of Highlife’ at the 20th edition of the Vodafone Ghana Music Awards (VGMA), Akwaboah has finally reacted.

When Zion Felix had a chat with the prolific Ghanaian singer/writer, on the ‘Uncut Show’, he said he is not perturbed about the decision Amakye Dede took to crown Kuami Eugene as the ‘King of highlife’.

Akwaboah said it didn’t come as a surprise to him because he was at the rehearsal ground before the main show.

He said the most important thing is that both Kuami Eugene and himself are doing good music.

The ‘I Do’ composer stated that he can churn out great songs if he sits behind the piano—so there is no need for him to be bothered.

He questioned why he must be bothered if he is not falling short of anything when it comes to music.

Akwaboah also talked about the time he was a vocal coach at the MTN Hitmaker reality show when Kuami Eugene was part of the contestants. 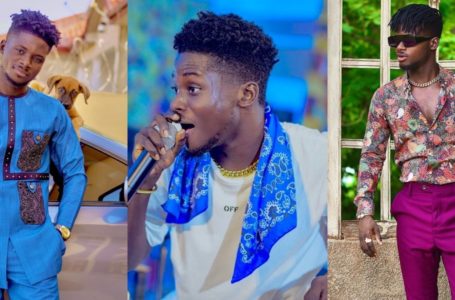