A member of La Meme Gang, Michael Kwaku Boateng, otherwise known as Kwaku BS, has announced his exit from the group.

In a statement copied to Zionfelix.net, Kwaku BS said his decision to leave the group is as a result of irreconcilable differences between him and the management of La Meme Gang.

He indicated that his three years stint with the group has been an unforgettable journey.

Kwaku BS thanked the supporters of La Meme Gang for their love and support as he begins a chapter in his music career.

READ ALSO: Confusion Rocks Over Nana Aba Anamoah’s Range Rover Gift As Fresh Information Confirms That It Is Not FAKE

He also distanced himself from recent allegations involving two members of the group, La Meme Gang, stating that, “Neither their actions nor beliefs align with and represent that of mine.” 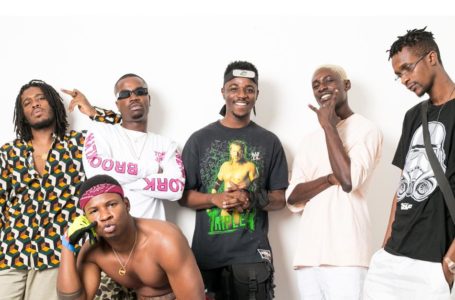 We Have Enough Evidence Now To Sue...

Shatta Wale Shuts Down Day 2 Of...