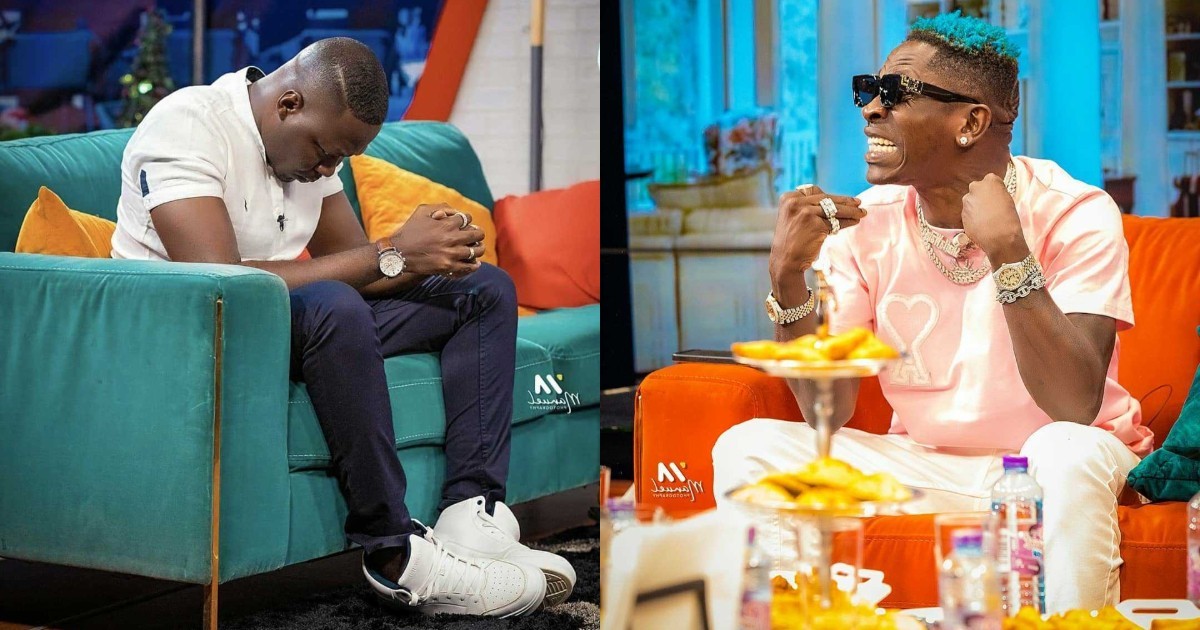 Shatta Wale has taken yet another jab at entertainment personality, Arnold Asamoah Baidoo on the United Showbiz which airs on UTV on Saturdays.

While on the show, a fracas was created as Arnold and Wale started exchanging words following their misunderstanding owing to their choice of words.

Shatta Wale was requesting for an apology from Arnold Asamoah-Baidoo for using the words “confused” and “inconsistency” but the latter said he saw nothing wrong with the words.

Arnold tried brushing off Shatta Wale’s request and it infuriated the dancehall artiste who went on a ranting-spree.

Shatta Wale, while making his point, pointed to Arnold’s shoes and said they cost just GHC2.50 and went on to advice the entertainment personality to wear quality shoes.

The outspoken dancehall star added that Arnold was not known or as popular as him because he (Wale) had gained national recognition.

France Ambassador to Ghana explains why Shatta Wale was left out...