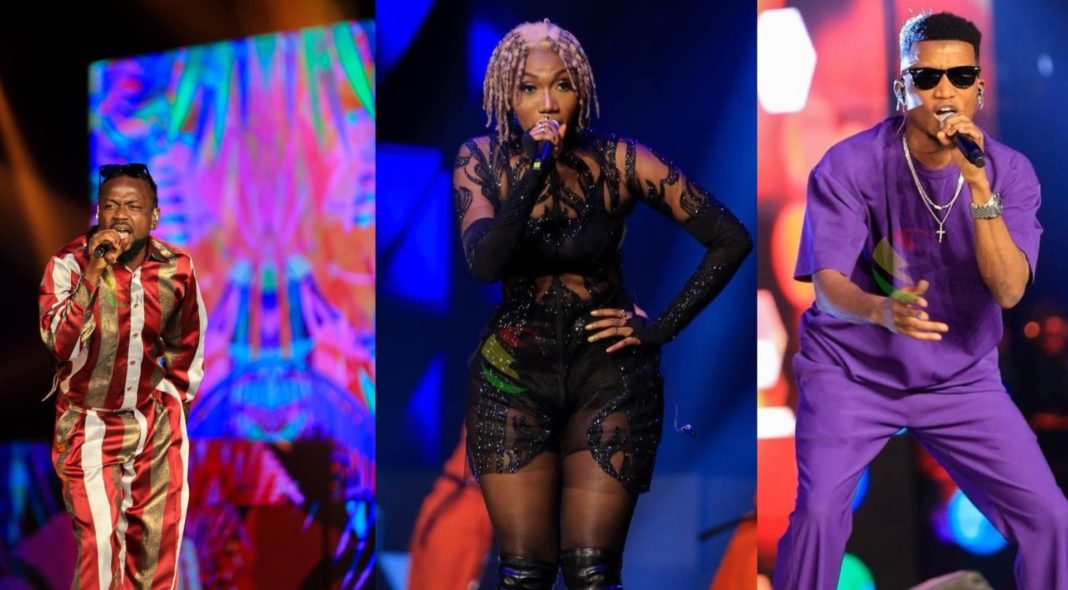 The first night of the 2022 Vodafone Ghana Music Awards which happens to be the 23rd edition was live on Friday, May 6, at the Grand Arena of the Accra International Conference Centre.

The night saw a lot of greats like Agya Koo Nimo honored with the lifetime achievement award while other top acts like Fameye, Kwaisey Pee, Niiella, Bosom P Yung, Stonebwoy, MOGBeatz, and many others get rewards for various categories they were nominated for.

There were also moments most of these celebs decided to show off their fashion sense on the red carpet by rocking very beautiful attires that caught the attention of many.

Well, the one thing that is currently getting a lot of discussions online apart from all the things above is the stage performance of some of the top musicians who entertained patrons on the night.

For a lot of netizens some of the artists who were billed to perform drastically failed to live up to the billing while others proved beyond any reasonable doubt that they deserved any pesewa they took before they mounted the #VGMA23 stage.

Combing through comments online, the likes of Samini, Amerado, Kofi Kinaata, Perez Muzik were applauded for putting up a splendid performance. Others also suggested that Wendy Shay failed to impress because her voice on the night was not the best. Names like Gambo and Lyrical Joe also came up as a part of the acts who did not impress on the big night.

Check some of these comments below…