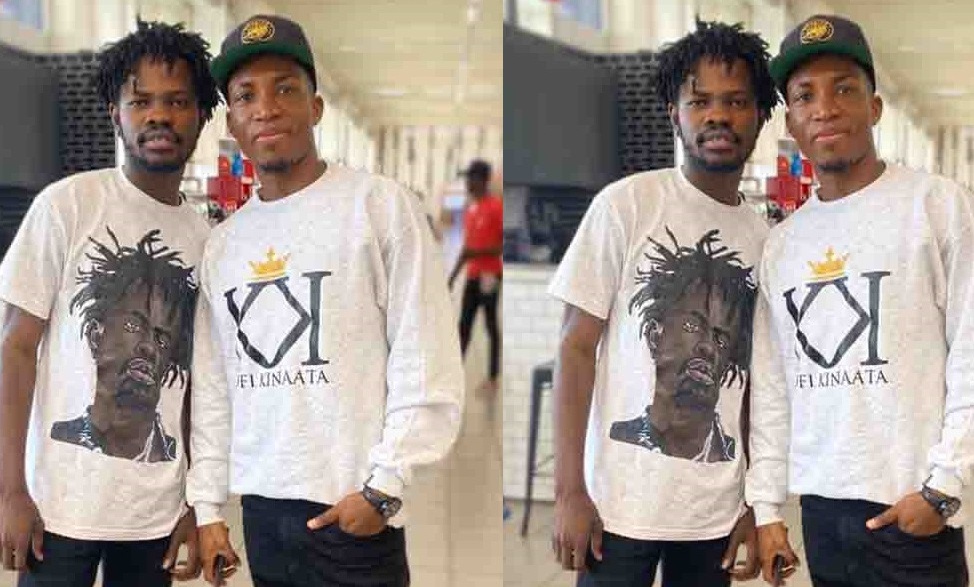 After holding onto the title for two consecutive years, Kofi Kinaata has lost the bragging rights to his colleague Peter Famiyeh Bozah popularly known in showbiz circles as Fameye.

Fameye won the ‘Songwriter of the Year’ award for the first time during the Industry night of the 2022 Vodafone Ghana Music Awards which place at the Grand Arena on May 6, 2022.

READ ALSO: Hajia Bintu Puts Her B@nging Body And B00ty On Display As She Goes Swimming In Bikini – Watch Video

Aside from beating Kofi Kinaata who was holding on to the title ahead of the awards, Fameye also beat competition from Minister OJ, Abiana, Akwaboah, and Diana Hamilton to win the coveted award.

So for now, Fameye holds the bragging rights as the ‘Songwriter of the Year’ and I bet he will be proud because it was not an easy battle.

But as a man who understands the game, Kofi Kinaata soon after the announcement took to his Twitter timeline to congratulate his brother for winning the award many thought he will for the third consecutive time and the fifth time in total.

The second night of the prestigious awards is scheduled for Saturday, May 7, 2022, and already, the organizers have promised to deliver a good show.