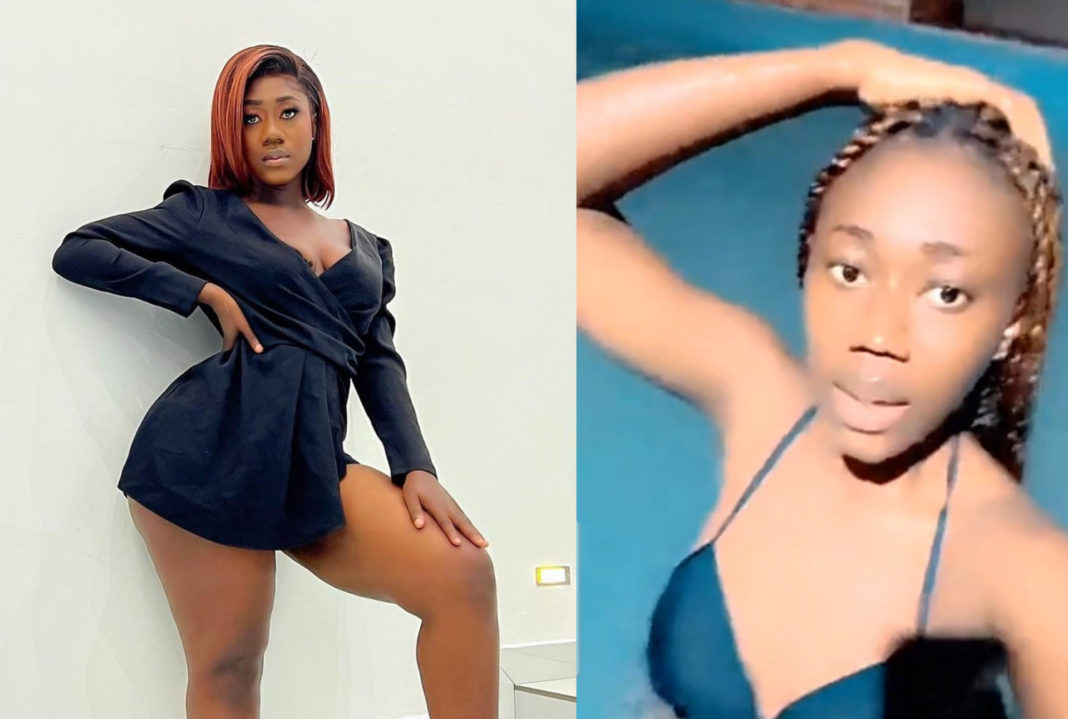 Hajia Bintu has yet again set tongues wagging after she shared a video of herself in a bikini again.

Hajia Bintu has been making a lot of waves on social media ever since she became popular largely because of her curvaceous body, mountainous backside, and the funny Tik-Tok videos she has been sharing with followers.

Interestingly, for the many times, she has made the headlines because of her envied body, she is mostly fully clothed.

But after keeping whatever heavy goodies she has down there away from public eyes all this while, Hajia Bintu has in a new video given her followers a little sneak peek of what she is carrying.

Spotted rocking a black br@ over a multi-colored ling3rie while swimming at an unknown location, the raw view of Hajia Bintu‘s curves which has been a subject of public discussion for a while was seen bouncing in the pool — proving that it is actually real and not fake as some people have continually suggested

Well, it is a lovely video and I bet you will love it when you watch it below…