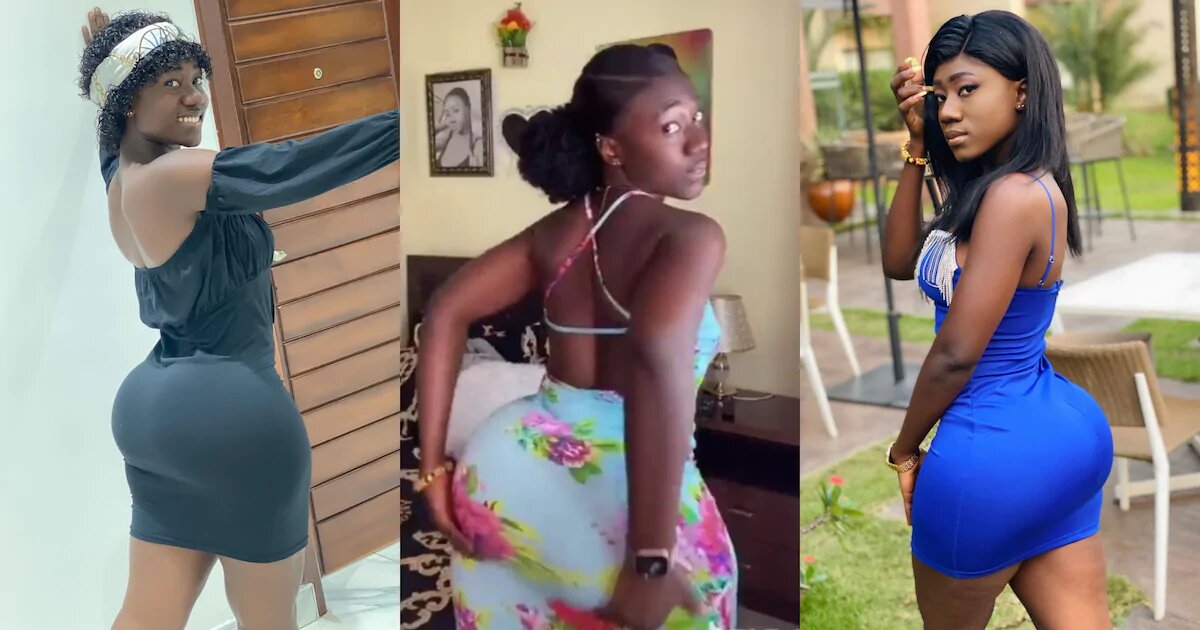 Ghanaian social media sensation, Hajia Bintu has hit hard at people who have in one way or the other suggested that she is probably sleeping around with men to get money.

After she became a topic of a lot of social media discussion through her interesting TikTok videos and curvaceous body, there has been a lot of commentaries online that sort to suggest that she has been giving men her endowed body.

READ ALSO: Patapaa’s Ex-girlfriend, Queen Peezy Cries Out After He Married Liha And Claims He Only Married Her For Money (Video)

Funny enough, the same has been said about the entertainers with similar bodies which were even acquired through surgical procedures.

But in her bid to kills this perception, the TikTok star and model, Hajia Bintu has used one of the videos she shared on her page to curse people who have such a mentality about her.

Repeating something said by Peace FM’s Yaa Konamah, Hajia Bintu said people claiming that people some girls who have money got it by sleeping around with men will never get money too.

VIDEO: ‘I Did Not Sleep With Shatta Wale’ – Hajia Bintu...