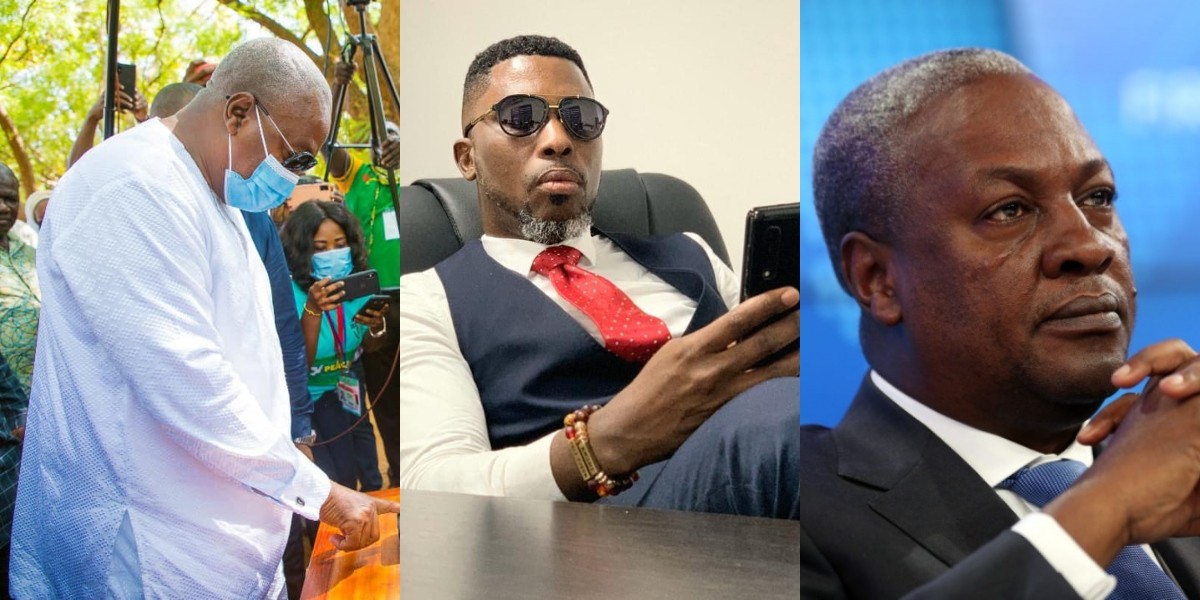 Kwame Asare Obeng popularly known as Kwame A-Plus, has called on ex-president John Dramani Mahama to listen to his advisors and concede defeat to President Akufo-Addo.

In a Facebook post sighted by Zionfelix.net, A-Plus appealed to the flagbearer of the National Democratic Congress in the just-ended presidential election to congratulate President Akufo-Addo.

To A-Plus, this move would be one that would be in the right place considering any future plans that the former president may have.

The musician-turned-political sympathizer called on the former president to let go of all that has happened, congratulate the president-elect and take a break for his own assessment.

A-Plus went on to call on the NDC leader not to,listen to any other form of advise that sought for him to take any other action apart from conceding defeat.

He added that the former Ghanaian leader must only listen to people telling him to congratulate the president-elect and no other person.

Kwame A-Plus’s comments follow the posture of the NDC regarding the declaration of the general election in favor of President Akufo-Addo and the NPP.

Mr Mahama has also indicated in a number of media outings that he was not going to accept the declaration and was looking to weigh his options.

“Dear JDM,Those who care about you and your political future are those who will advise you to accept the results irrespective of what may have happened, call Nana Akufo Addo and congratulate him, take a retrospective break and make a decision for tomorrow. Those who give you such advice are the people you need around you right now; they are the ones you should be listening to at this moment. It may help you in the near future. This is just a suggestion though. You know better. I wish you all the best.”

People Who Are Insulting Me Are Trash – NDC’s Sammy Gyamfi...