VIDEO: Okomfo Koleege finally reveals what actually happened to his wife before she tragically died 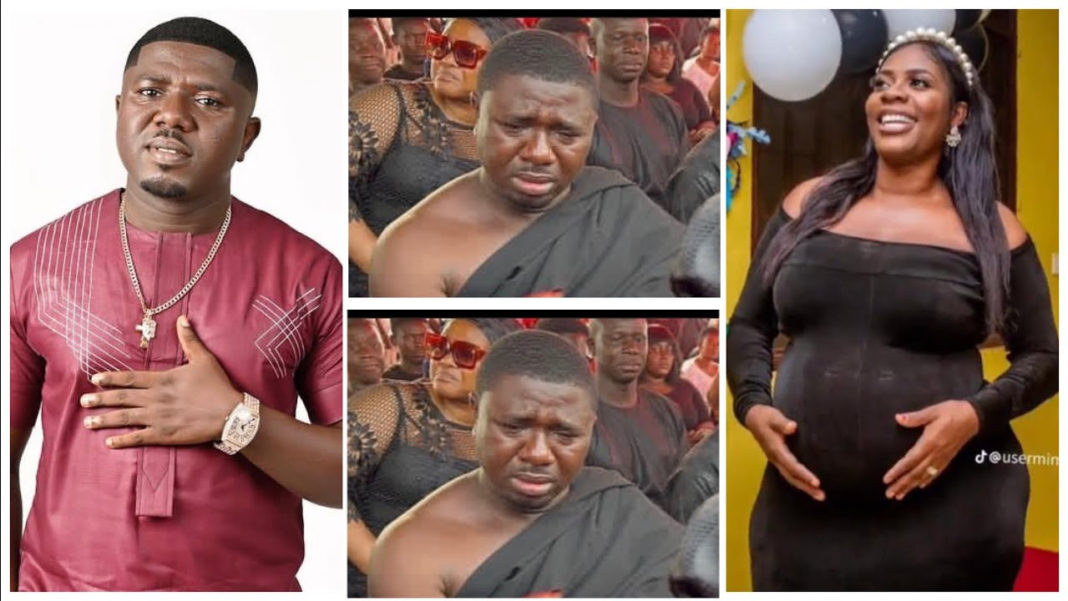 Ghanaian comic actor, Okomfo Koleege has spoken for the first time after his wife’s burial.

About two months ago, the Kumawood star tragically lost his wife and newborn baby at the hospital just moments after the deceased delivered.

The sad news took over social media trends and a lot of his fans as well as movie and music stars all sympathized with him on social media.

Okomfo Koleege’s wife was laid to rest last month and the funeral was attended by a lot of celebrities who stormed the venue to console their colleague.

Talking about how he lost both his wife and son in that dreadful manner in an exclusive interview with Kwaku Manu, Okomfo Koleege recounted how he was full of happiness after he was told his wife had delivered.

But prior to that, he had immediately rushed his wife to the hospital when she was due for delivery and after she was sent to the maternity ward.

The nurses came to him to fetch a pad for the wife – something he said was not available at all the pharmacy shops he visited.

He explained to Kwaku Manu that at the time the nurses came to him to buy the said pad, the wife had given up the ghost. It was hard for them to break the news to him at that time.

He was later told her wife had delivered and it was a boy.

He knelt down to thank God and also sing songs of praise not knowing his wife had given up the ghost.

The Doctor on duty requested that he (kolege) see him (the doctor) off to his car before he goes to the ward and see the wife and newborn baby as he was earlier told.

The Kumawood actor further went on with the story and said he accompanied the doctor to his car, sat in, and there the doctor pressed the central lock.