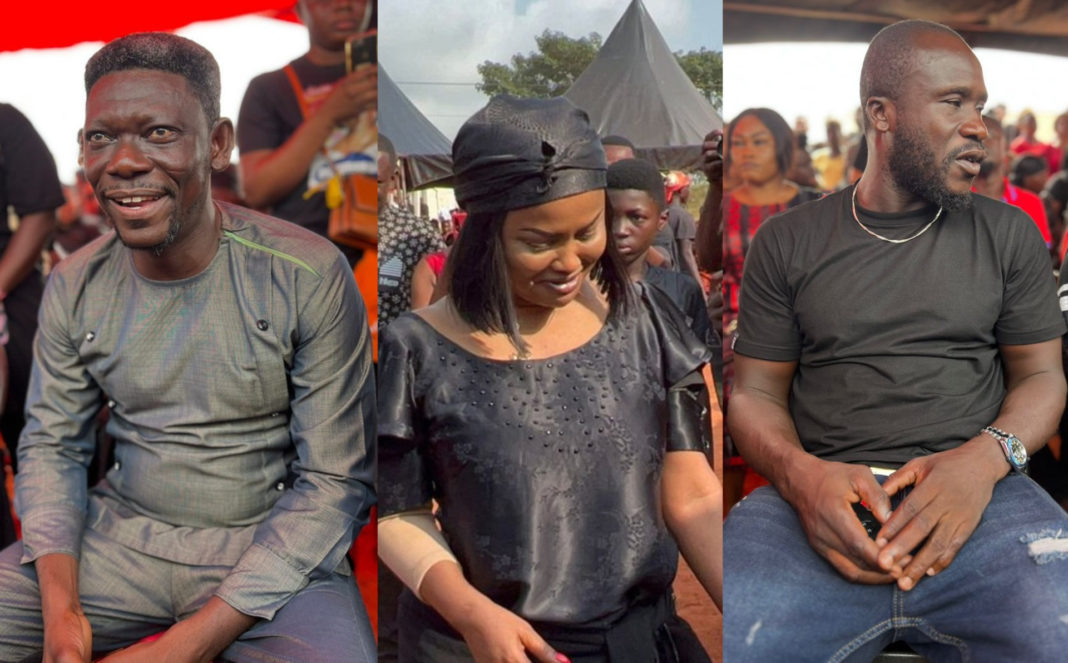 The ceremony is taking place at the Tabere school park in the Ashanti region, which is the hometown of the late Millicent Oteng.

Some photos from the funeral and burial rites that surfaced online earlier broke many hearts as they captured the husband, Okomfo Kolegae weeping bitterly in public.

Some fresh photos that have surfaced capture the moment the likes of top Kumawood actors like Agya Koo, Nana Ama Mcbrown, Dr. Likee, Wofa Shifo, renowned movie producer/director Jackson K. Bentum, Wayoosi, Big Akwes, Papa Kumasi, Christian Awuni, Salinko, and many others turned up in their numbers to support their colleague in this moment of grieve.

READ ALSO: ‘Why Do We Not Talk About Death And Incapacitation’ – Afia Schwarzenegger Asks Following Her ‘Sc@ry’ Surgery

From the numerous reports at the time, it was revealed that Madam Millicent lost her life and that of her unborn baby in the theatre room when she was going to deliver.

Anytime I Feel Like Giving Up, I Look At Nana Ama...