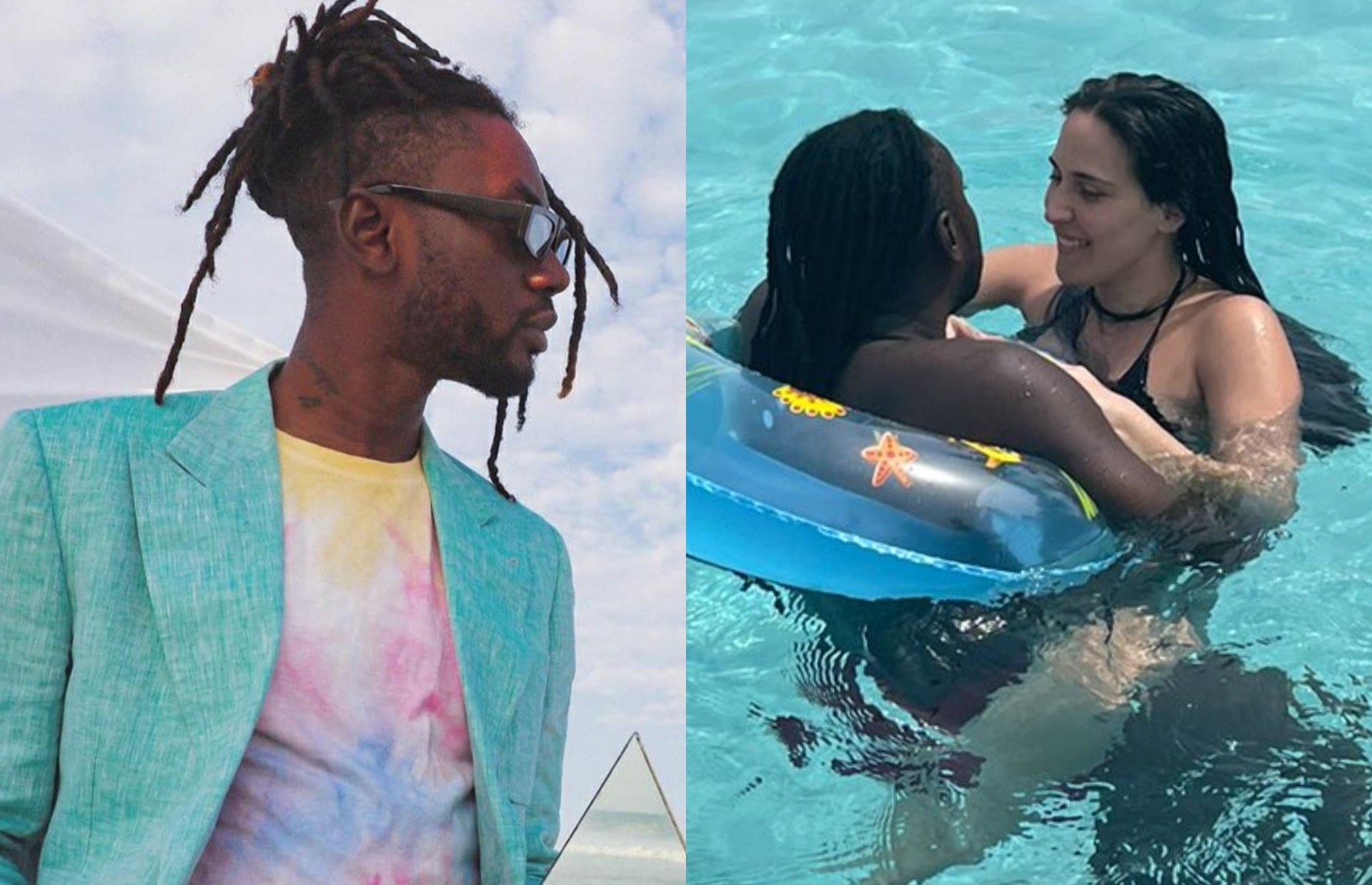 Ghanaian rapper Jason Gaisie popularly known as Pappy Kojo has been in the news lately for hanging out with a beautiful white lady believed to be his new girlfriend.

A few weeks after the release of his LOGOS II album, the rapper posted a video of herself and the lady smooching in a swimming pool one hot afternoon.

READ ALSO: Ghanaian Millionaire Ibrah One Shows Off His New Pretty Girlfriend At A Party In New Video (Watch)

Social media users have been reacting to the video and it appears Pappy has been receiving some backlash for choosing a white lady despite all the Ghanaian ladies at his disposal.

Responding to critics, Pappy posted pictures of himself and the lady in the swimming pool again and referred critics to a famous comment made by “One Corner” hitmaker Patapaa.

In a video which he posted beneath the tweet, Patapaa told a journalist at his wedding when asked why he chose a white woman that every pu$$y is a pu$$y.

Simply, Pappy is telling critics that there is nothing that the black ladies have that his white girlfriend doesnt have.