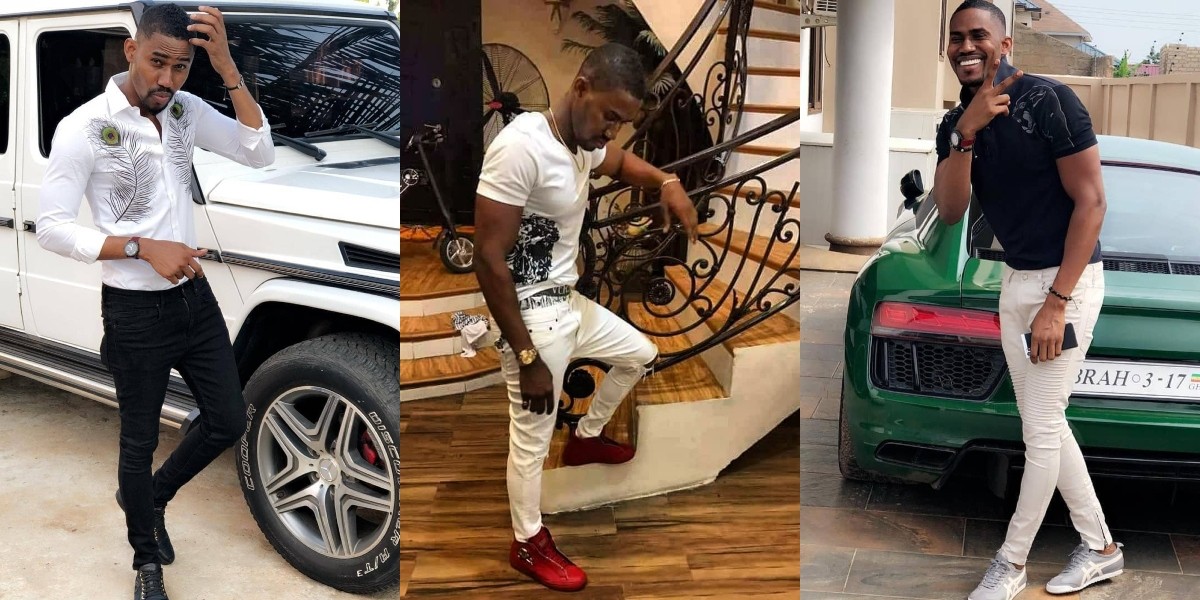 Young Ghanaian millionaire, Ibrahim Dauda, known on social media as Ibrah One, has been spotted in town in the company of a pretty lady believed to be his new girlfriend.

In the video sighted by Zionfelix.net on Instagram, Ibrah One was seen arriving at a party with the fair lady who was wearing a skimpy black dress which brought out her natural colour.

Ibrah One was spotted holding the hand of the lady who appeared to be a bit shy therefore did not want to speak.

Checks have shown that Ibrah One and his pretty ‘girlfriend’ were attending a plush party thrown by fellow Ghanaian, Kojo Jones.

The reports have it that Kojo Jones was throwing the party for his niece, Chelsea, who had been recently crowned Miss Universe Ghana 2020.

Ibrah One and his pretty “plus one” were met and welcomed by the host, Kojo Jones, who exchanged pleasantries with Ibrah.

The emcee of the event then announced that Ibrah One was present at the party and referred to him as “Kennedy Agyapong’s master”, following his issues with the outspoken Member of Parliament.

Ibrah One and his girl then went on a platform where the man of the moment exchanged pleasantries with some guys who looked very excited to see him.

Ibrah One Takes ‘Fake’ Moesha Buodong To The Cleaners For Saying...