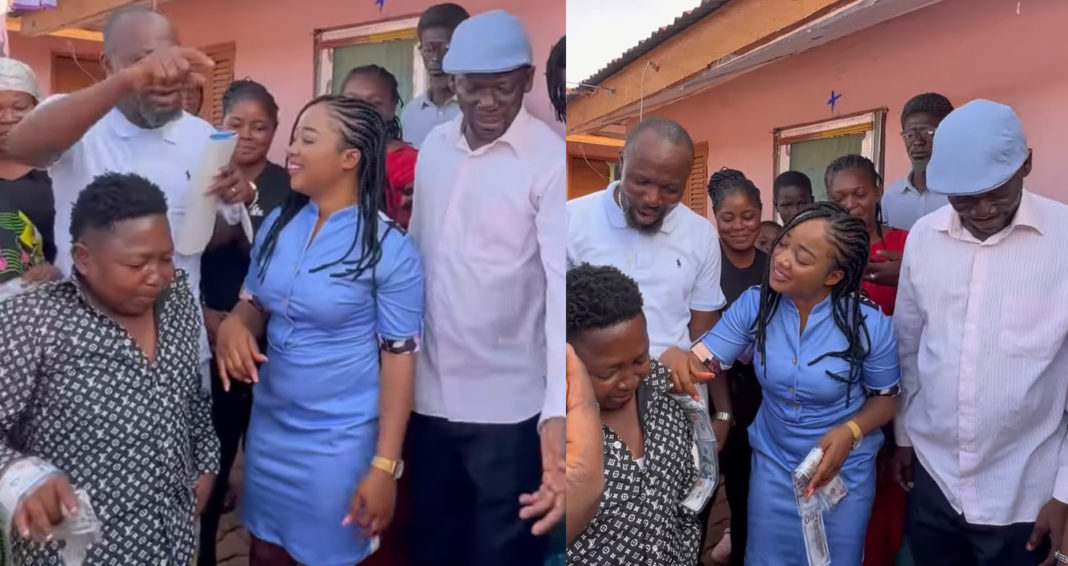 The beautiful wife of Ghanaian actor, Joseph Nana Osei Kofi, popularly known as Wayoosi, took him by surprise while he was on set on the occasion of his birthday on September 15, 2022.

Even though Wayoosi was not expecting this at all, he enjoyed every bit of the surprise his wife planned with some of his colleagues.

Wayoosi’s wife before the start of the simple party eulogize her husband and described him as the best thing that happened to her life.

In that sweet message she voiced at the surprise party, she revealed that ever since she got married to him, there has never been a time, anyone has looked down on her because she has been given a queen’s treat wherever she has been just because she is the wife of Wayoosi.

As she said all these sweet things about her husband, legendary Ghanaian actor, Agya Koo decided to fake a collapse because he was overwhelmed.

VIDEO: I Went To Agya Koo’s House To Beg Him To...