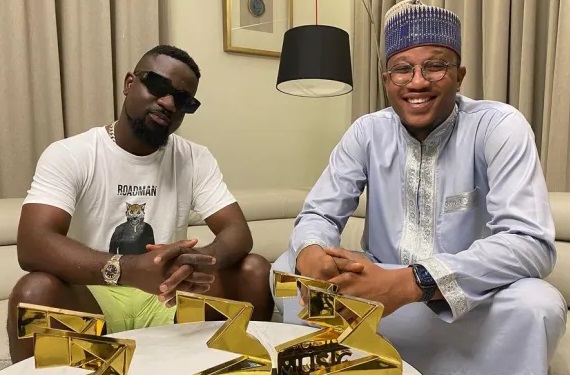 The founder of 3 Music Awards, Sadiq Abdulai Abu aka Baba Sadiq recently come under a barrage of attacks on social media after Arnold called him out over his decision to reveal that Black Sherif’s impressive ‘rain performance’ at the 5th edition of the awards was originally planned for Sarkodie.

For many, especially Arnold Asamoah-Baidoo, it was not necessary to put out that information because Black Sherif made that moment his and was getting all the needed attention on social media.

Well, after a few days of suffering all the attacks on the account of Sarkodie, Baba Sadiq has shown that he actually has no qualms with Sarkodie and that his decision to make that revelation was without any malice.

He proved this after one tweep tried to point Sarkodie black on Twitter when a video of the ‘Second Sermon’ hitmaker was shared on the timeline of Empire.

The tweep while reacting to the video suggested that Sarkodie is arrogant and likes to bluff which is why he failed to perform at the just ended 3 Music Awards.

This comment quickly got a reaction from Baba Sadiq. He made a firm case for Sarkodie’s failure to perform and stressed that the Sarkcess Music boss was just not available to perform at the show.

He added that Sarkodie is very supportive than many people see him and as such, they should cut him some slack.

See the full reaction of Sadiq below