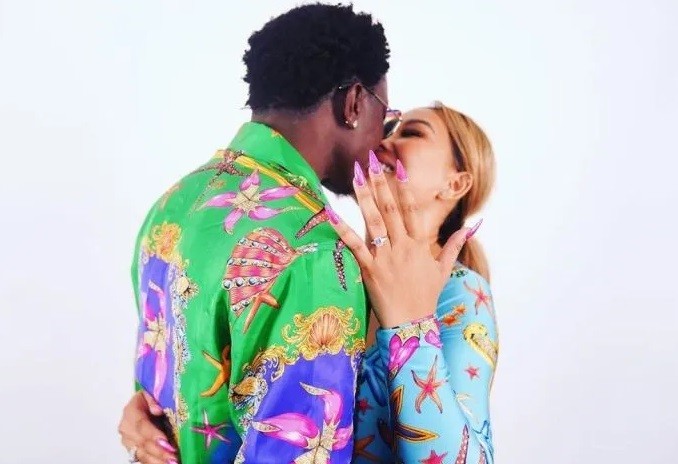 Popular Ghanaian comedian based in the States, Michael Blackson, and his adorable girlfriend, Rada shocked the world when they both to social media recently to call it quits on their love relationship.

Well, three months after their surprising breakup, Michael Blankson has proposed to Rada and she has accepted his proposal ring.

The proposal happened live at the Breakfast club during Michael’s interview on Thursday, July 22, 2021.

After having a nice chat, Michael Blankson brought his girlfriend into the studio to meet everyone just when the show was about to end.

READ ALSO: VIDEO: Dr UN Lands In Fresh Trouble As Family Chase Him For Allegedly Impregnating Their Daughter In SHS

The host of the show, Charlamagne then asked if he would propose to her, and to everyone’s surprise, Michael then reached into his bag, grabbed a ring, and proposed on the spot.

Sharing a little insight as to why he decided that this was finally the woman he wanted to be with for the rest of his life, the comedian said that Rada’s loyalty was the thing that really made him want to pop the question.

Watch the proposal video below…