VIDEO: Dr UN Lands In Fresh Trouble As Family Chase Him For Allegedly Impregnating Their Daughter In SHS 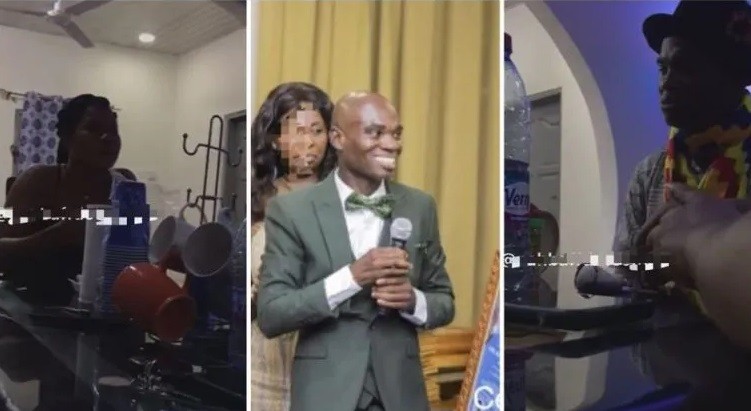 It is gradually becoming evident that the name of the self-acclaimed Global Ambassador for the United Nations (UN), Kwame Fordjour, popularly known as Dr UN is synonymous with trouble.

The fake United Nations ambassador who has become very popular in Ghana for the manner he deceived the likes of Sarkodie with a fake UN award is in fresh trouble for allegedly impregnating his ‘junior sister’.

In a video that has gone viral on the internet, Dr UN is heard denying the pregnancy even though he admitted having a sexual affair with the young lady who has dropped out of SHS because of the pregnancy.

One Instagram blogger called Nana Baffour who posted the video said he received the video in his DM of Dr UN being interrogated by a family member for impregnating his ‘junior sister.’

When asked if he accepts the pregnancy or not, Dr UN replied; “I won’t accept this pregnancy because I do not remember the last time we had s*x.”

However, he admitted to having s*x with her but doesn’t think he’s responsible for the pregnancy. “She is my friend and I know she has a boyfriend. I don’t remember the last time we had s*x. It’s been a long time,” he said.