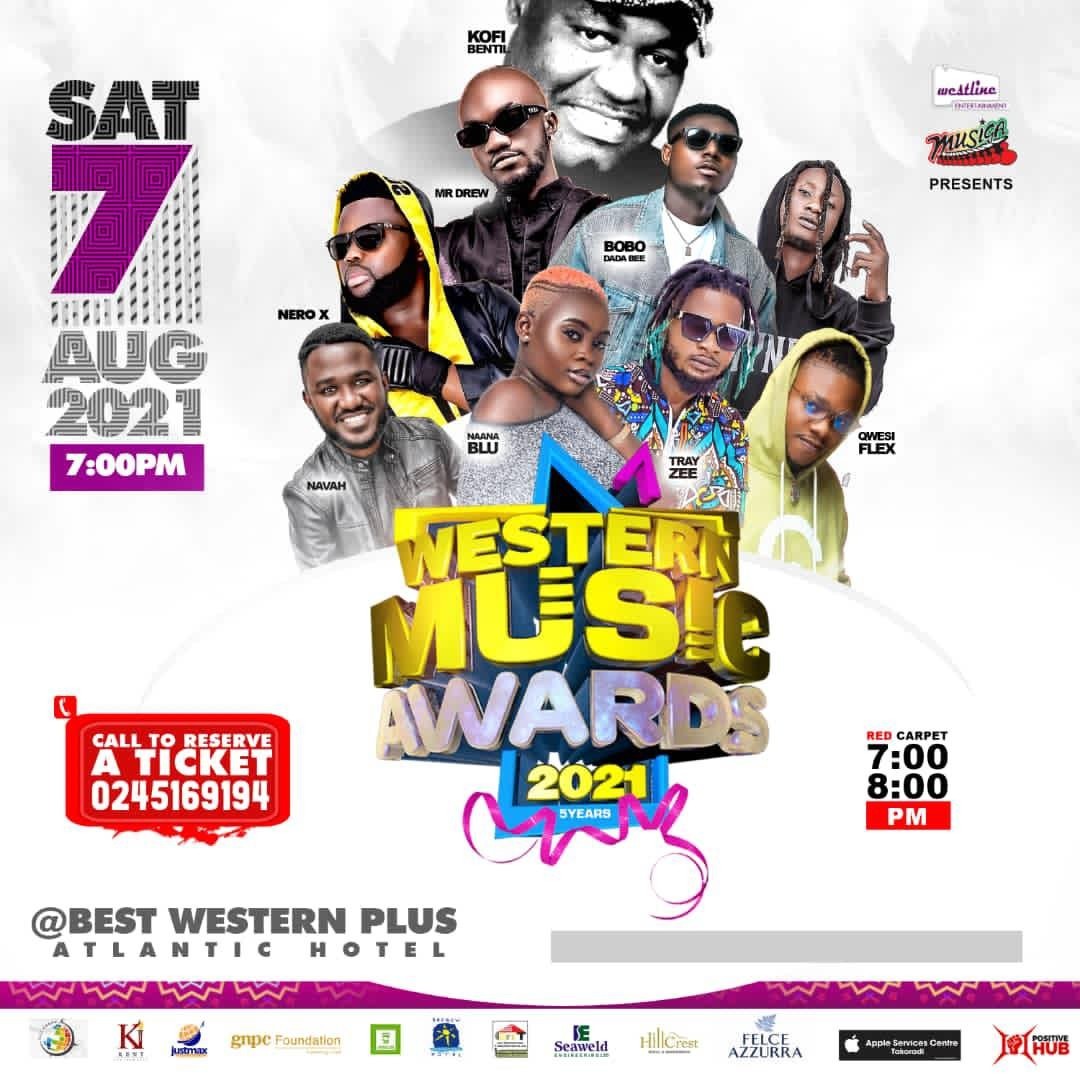 Westline Entertainment, organizers of Western Music Awards have revealed this year’s performers for the annual awards slated for 7th August at the Best Western Plus Atlantic Hotel in Takoradi.

In its fifth edition, the Public Relations Officer of Western Music Awards, Nana Kwesi Coomson mentioned that “the performers were selected from a carefully scrutinized pool of Artistes from the Region to achieve the desired objective of this year’s edition.”

“We have a special dedication to Castro so some of the Artistes have been recruited to perform a rendition of Castro’s songs. Each genre was also considered so at least an Artiste from each genre will perform on the night” Mr. Coomson added.

With this year’s edition dubbed ‘The Power of Music,’ organizers of Western Music Awards further revealed that Hon. Wilson Arthur, media mogul and two others will be honoured for their contribution to the Creative Arts industry in the region.

“We always strive to give patrons the best experience each year so measures are being put in place to make this year’s event historic than previous editions” Mr. Coomson ended.

Twenty six (26) categories and three honorary awards will be presented to deserving personalities at the ceremony.