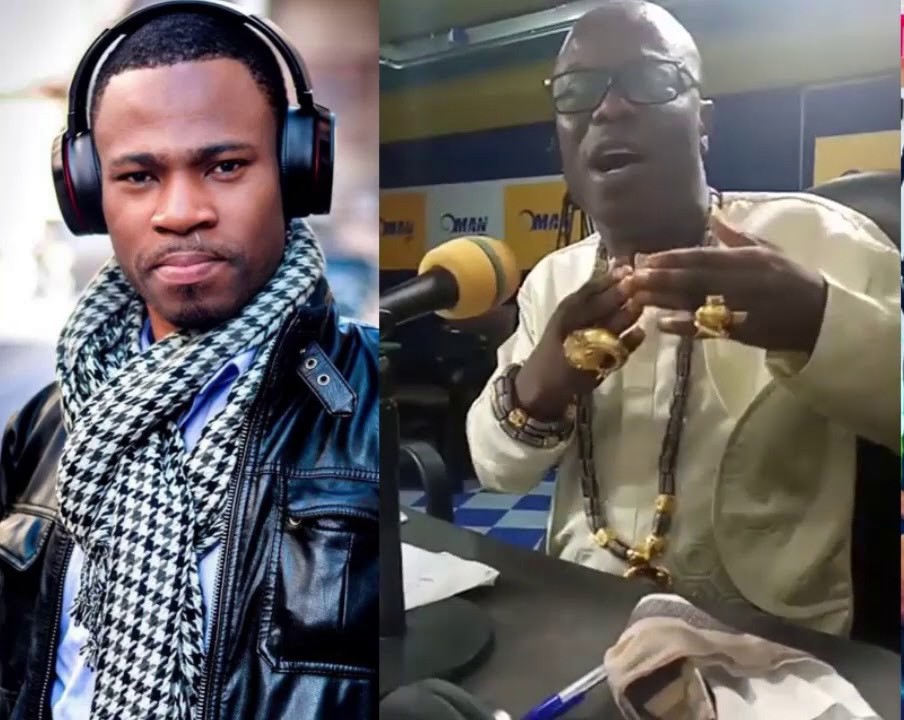 During an interview with ZionFelix on the ‘Uncut’ Show, Nana Ntim-Barimah said he was not happy about Kofi Adomah’s conduct following an interview he had with visually impaired sports historian Malik Afari Duodu, otherwise known as Bulgaria.

Nana Ntim, who plies his trade with Oman FM and Net2 TV stated that ‘The Blind Sports Historian’ made some derogatory statements about him when interviewed on Kofi TV.

Looking at the good relationship between Kofi Adomah and him, Nana Ntim revealed he contacted Kofi Adomah over the issue.

To defend his name and redeem his image which was being put into disrepute through Bulgaria’s interview, the Oman FM presenter averred he sent audios to Kofi Adomah with an aim to set the record straight.

After the CEO of Kofi TV agreed to revisit the issue and straighten things, Nana Ntim-Barima bemoaned he didn’t hear or see the former doing anything about it.

READ ALSO: Men Have Flooded My DM With Proposals – Tima Kumkum Cries Out In Latest Video

According to him, he called Mr Adomah Nwanwani and rebuked him before he told his side of the story on the radio.

Nana Ntim-Barima, who was not happy about the development, said he would have slapped Kofi Adomah if he was close to him.