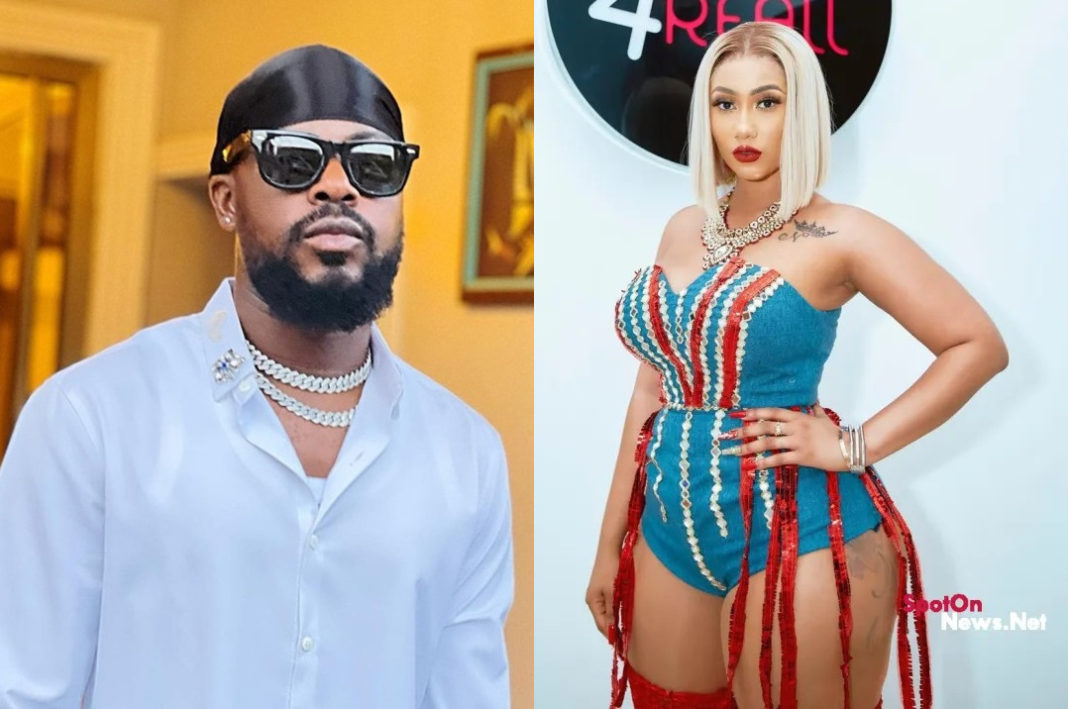 Many have described the switch of popular socialite, Mona4Reall aka Hajia4Reall to music as a nine day wonder.

Even though she has been making a lot of progress and chalking some successes for someone many describe as, without any talent, many people are still struggling to come to terms with the fact that Mona4Reall is serious about this music business.

Amid the unending discussions about her music dream, popular music producer Mix Master Garzy has described her as one of the best female music acts in Ghana.

In a recent interview with Kastle FM, Mix Master Garzy said that Mona4Reall is the perfect musician to sign with any major record labels abroad because of her reputation, good looks, and large social media following.

READ ALSO: VIDEO: Yaw Dabo Storms Lele Office In Kumasi To Pick Up His Food Items And Money After DKB Bl@sted Him For Being Ungrateful But…

“Right now if there’s a big record label outside coming to sign one of our female artistes they’ll consider Hajia more because she’s got huge numbers and following on social media…She has a proper management team that makes sure that things are put in place well and right now go to other countries they see her as number one because she has the brand and good looks,” he said.

He added, “If Hajia didn’t start from the unset as an artiste and has gone to learn what makes her less of a musician and currently she’s one of the top female artistes in the system”.

Do you agree with him? Tell us what you think in the comment section.