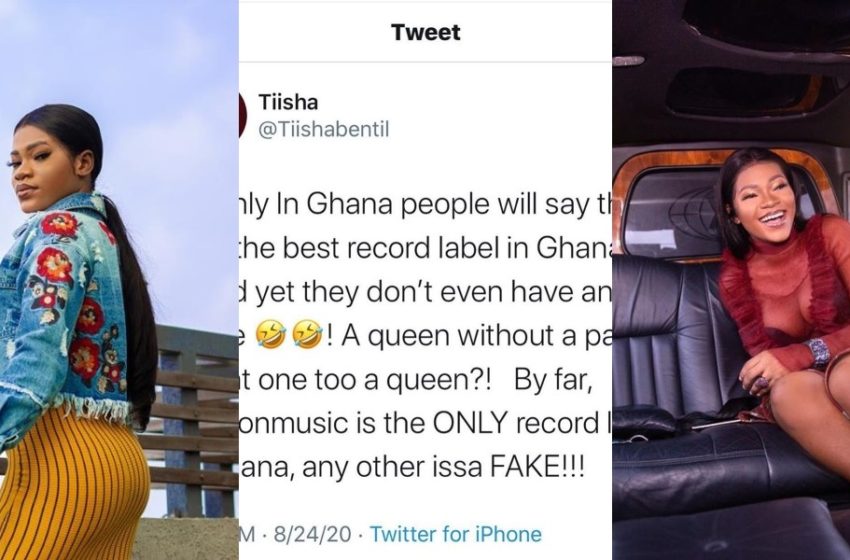 A social media user has descended heavily on Tisha Bentil over her claims that her record label, Zylofon Music, is the only record label in Ghana.

Tiisha took to Twitter to claim that many people in Ghana claimed to be the best record labels in the country but that was never the case.

According to the 6:30 singer, Zylofon Music, a subset of Zylofon Media, was rather the only record label in Ghana.

The main reason for her claims were that Zylofon Music had an office while the others claiming to be the best record labels, could not even brag of an office space.

However, in a sharp rebuttal, a social media user has blasted Tiisha over her comments and jabbed her in the process.

The social media user, Jomatgh, claimed that Tiisha could boast of an office space but was still unable to produce any hit song so far afte signing for the rich record label.

According to the user, unlike the notion Tiisha had, even those artistes and record labels without offices were producing hit songs.

Tiisha took to her Twitter wall to descend heavily on rival record labels and claimed that a queen could not claim to be a queen if she did not have her own palace.

The post appears to have not gone down well with many people who have descended on her as well over the controversial comment.