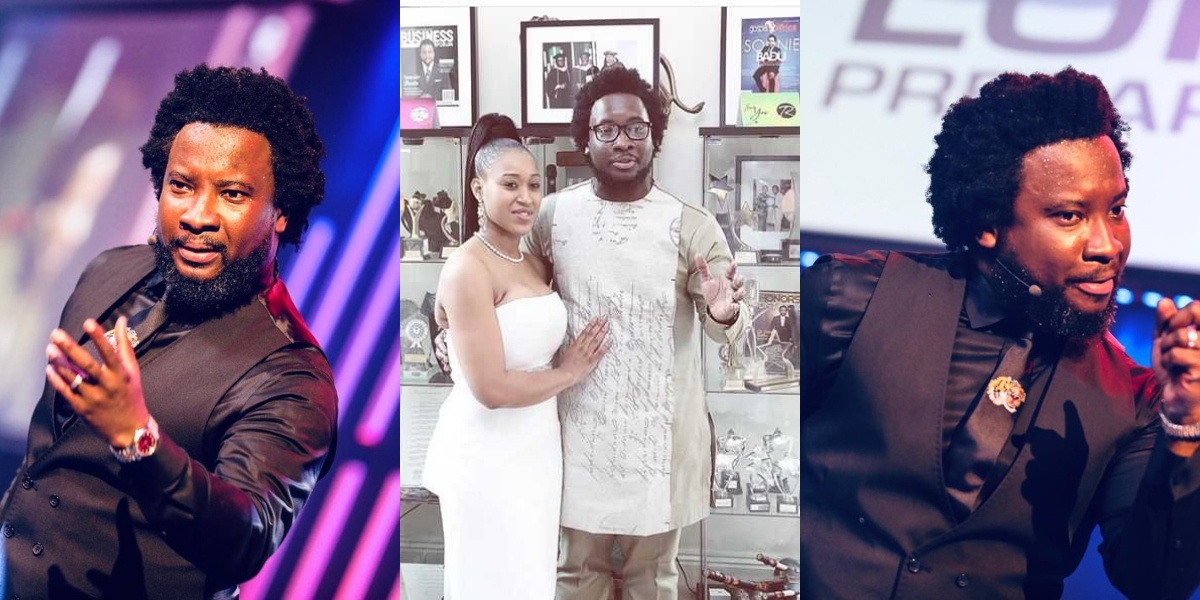 Multiple award-winning gospel star, Dr Sonnie Badu, has marked a milestone in his marriage as today marks exactly six years after he walked down the aisle with his wife.

The Wonder God singer, in a bid to celebrate the ocassion, took to his official social media page to share a photo with a caption.

He posted a photo from his wedding day six years ago which featured his wife Annie, actor-turned-politician John Dumelo and immediate past head coach of the Black Stars, James Kwesi Appiah.

The photo showed all the men in the pictire wearing suits while Annie and a young lady who appeared to be the daughter of the Baba singer, Shadine.

All the people in the photo appeared so happy as they beamed with smiles after partaking in a successful nuptial.

After sharing the photo, Sonnie Badu captioned it: “It’s year number 6 today and counting. What a blessing it has been and I pray for many more years. I love you .. #Happy6thAnniversary. God has got us … #AnnieaBadu“

Many fans and followers of the silky-voiced singer took to the comment section to congratulate the pastor over the milestone.

Apart from his singing ministry, Sonnie Badu is also the head pastor of Rockhill Church.

He is known for his work as a philanthropist, businessman, motivational speaker, and author.

Gospel singer, Sonnie Badu married his beautiful fiancee, Ann-marie at a plush wedding ceremony at the Trafalgar square in London on August 23, 2014.