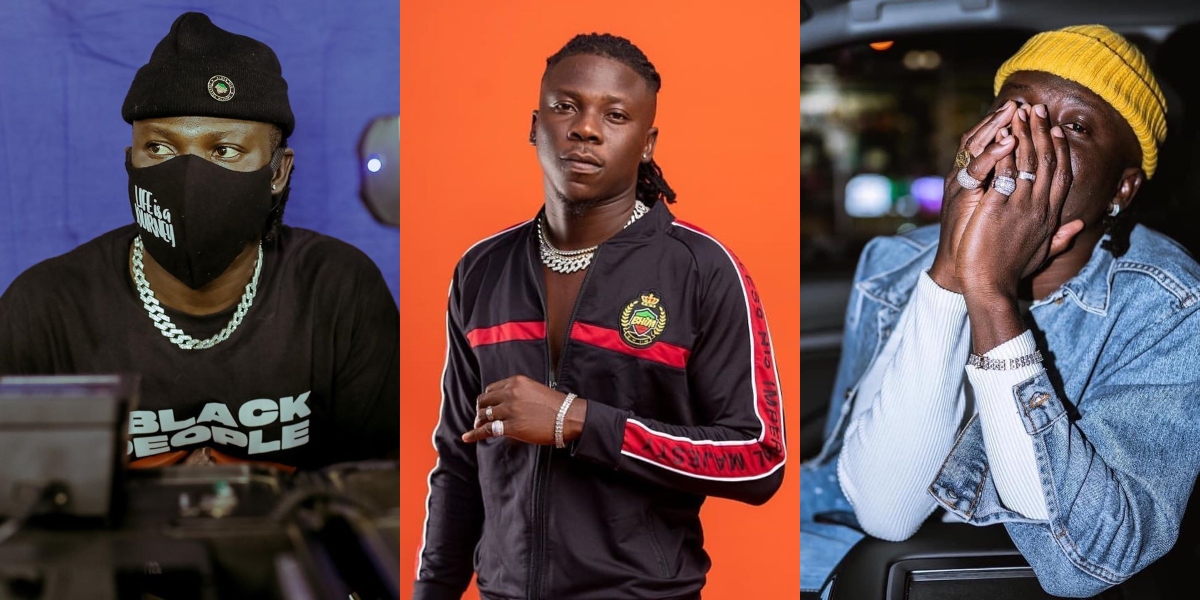 Awarding-winning Dancehall artiste, Stonebwoy, has showed off his wealth in a latest video that has been sighted by Zionfelix.net.

The dancehall star decided to open his gates to his fans and followers as he put his customized swimming pool on display.

The pool had the inscription “1GAD” written at the bottom as he sat by the pool arear with some friends.

As if that was not enough, the Sobolo hitmaker displayed his newly-acquired Range Rover Velar on social media to confirm his riches.

In a video, Stonebwoy is seen getting into the luxury edition of the Range Rover at his house and giving his fans a tour of the plush ride.

The ‘Putuu’ hitmaker started the engine of the car as he showed the advanced technology used to manufacture the car.

The person recording the video later moved around the car to show to Stonbwoy’s fans the model of the Range Rover and also point out that the car was yet to be registered.

Stonebwoy’s video comes after the issue with Angeltown was brought to an end the the duo was made to smoke the peace pipe.

Share
Facebook
Twitter
Pinterest
WhatsApp
Previous articleJackie Appiah Is Filthy Rich But She Doesn’t Brag, Why Do Those Who Have Nothing Always Talk? – Kalybos Quizzes
Next articleRevealed: Maame Serwaa Is Not 20 Years, Here’s Her Real Age