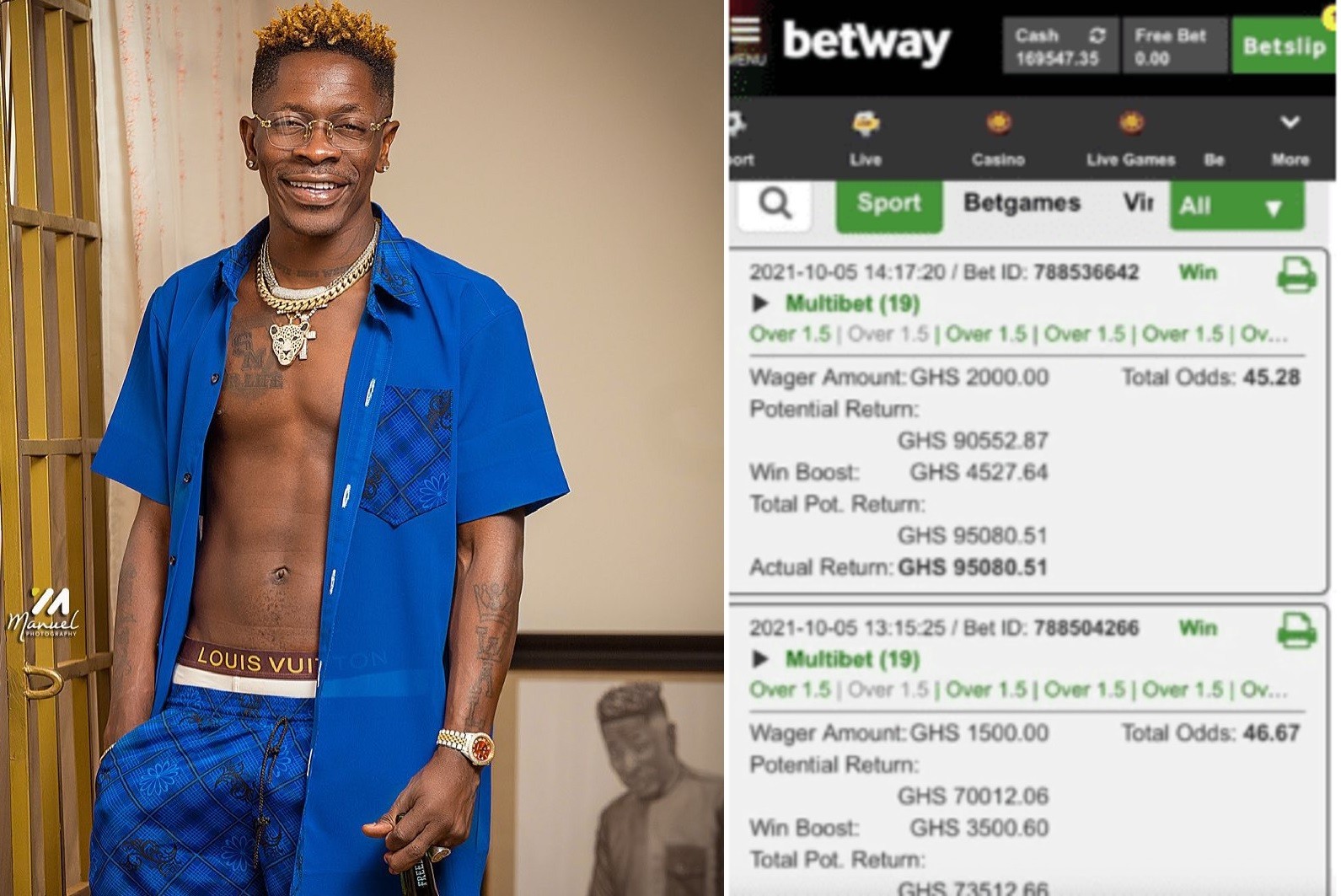 Controversial Ghanaian music star, Shatta Wale decided to share a screenshot of his earnings from Betway over the weekend, and sooner than later it became the most talked-about thing on Facebook.

The Shatta Movement boss got his followers stunned when he posted images of his big winning slips from Betway winnings just to brag about how successful he was at anything he does and also to inspire his followers, especially those who are into the sports betting business.

This big winning has got Betway congratulating Shatta Wale for a job well done. In a post sighted on their Facebook wall, they wrote: ”The Don really take over this week oo

My Exit From Shatta Movement Has Given Me Enough Time To...