VIDEO: Shatta Wale Flaunts Bundles Of Cash On Social Media To Prove He Is The Richest Musician In Ghana 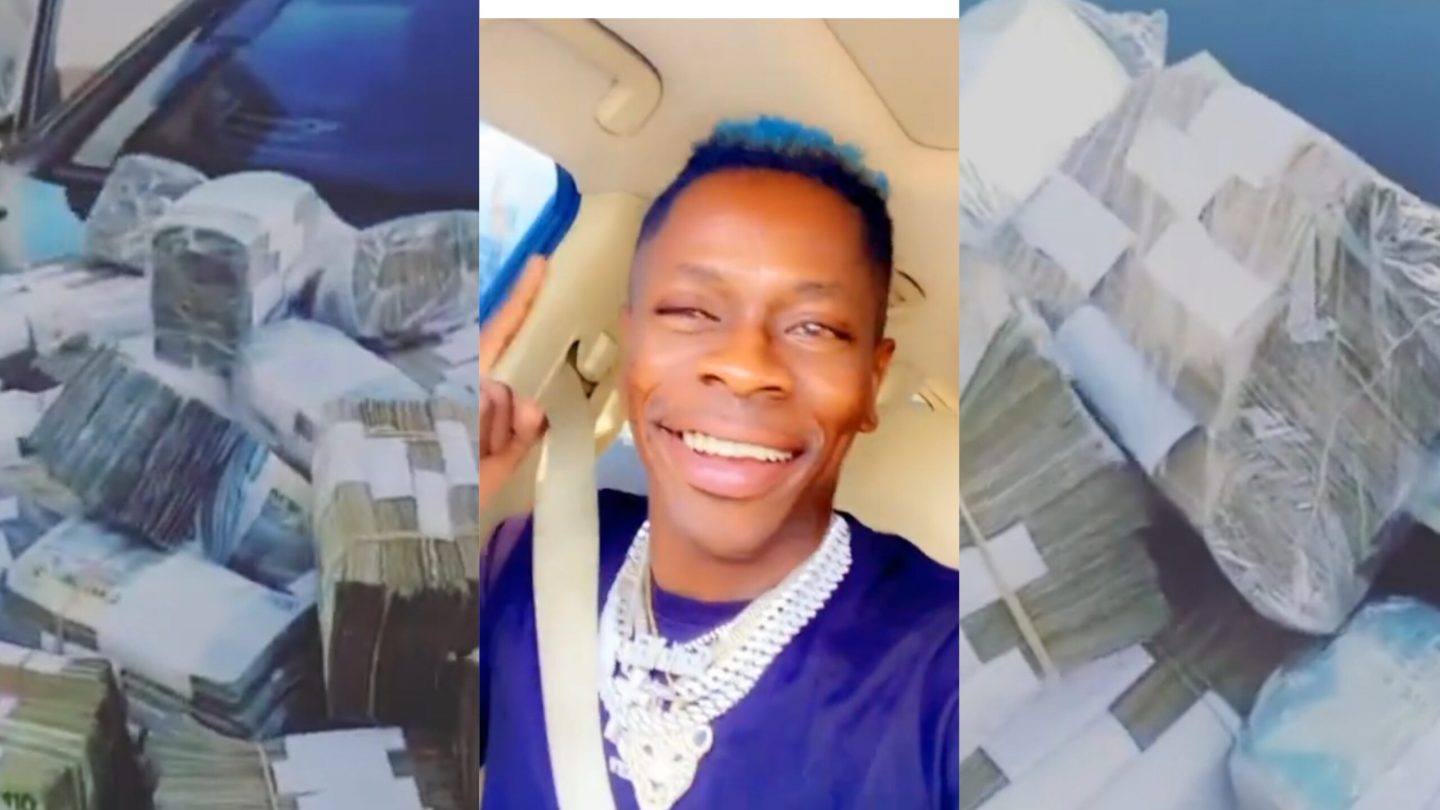 In the last few days, Ghana’s very own self-acclaimed dancehall king, Shatta Wale has been his typical self by throwing shades at all his other colleagues and rubbing the money he has in their faces.

He has in various posts on social media stated that apart from him, all the other musicians in Ghana do not have any money from the music they have been churning out.

In his quest to really prove that he is the richest musician in the country as he has been bragging about, the SM boss has taken to social media to display bundles of cash on his car.

He was seen playing with the money and subtly telling the world that all the bundles they see in the video are ‘fans money’.

Shatta Wale also used the same will to announce that he has got himself a new Benz as well — very typical Shatta Wale at work here.

In the other news, one Ghanaian prophet called Jesus Ahouf3 has prophesied that if the award-winning Reggae/Dancehall musician does not take care, he might be shot dead on October 18, 2021, by arm robbers.

The prophet made this known when he was hosted on Accra FM recently by Nana Romeo and used the example of what happened to Lucky Dube in South Africa as an example.