Black Sherif demanded close to GH¢ 500,000 to perform at Ghana Party in the Park – source claims 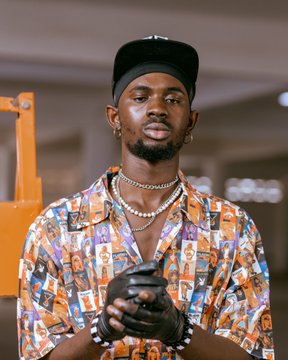 Trending Ghanaian rapper Black Sherif is bac in the news over financial controversy.

The Ghana Party in the Park Festival happened over last weekend but the controversies have refused t die down with the event.

A member of the Akwaaba Group Uk (Organisers of the Ghana Party in the Park) whose identity has been withheld has now disclosed the amount Black Sherif’s team demanded for the rapper to perform.

According to the source, Akwaaba UK Group offered to bring Black Sherif to the UK to perform at the festival for a fee of £10,000 which is equivalent to almost GH¢ 100,000 but the rapper’s team refused.

The scoop was first published by Hitz Fm on their twitter page.

Zionfelix.net cannot independently verify the claims made by the source as published by Hitz FM.

But if the report is true, then we can conclude Black Sherif’s valuation has now gone through the roof.

Black Sherif Links Up With Stormzy As They Meet In The...