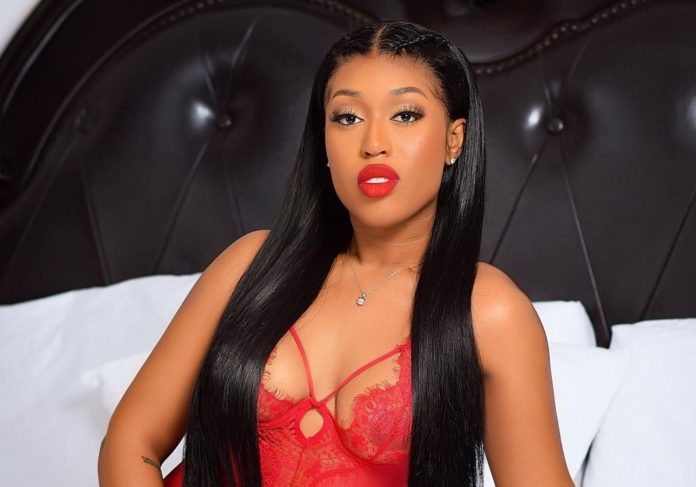 Hibernated Ghanaian singer, Fantana has set her Instagram page on literal fire by sharing some pretty stunning photos of herself in a nice and s@ssy bik!ni.

For some time now, Fantana has taken to traveling and sharing some eye-popping photos and videos on her social media pages just to amuse and entertain her fans.

READ ALSO: Asantewaa’s Manager Shows Off His Pretty Fiancée In New Cosy Video Amid Allegations That He Is Cheating With The Actress

These new photos are very much pleasing to the eyes as the former Rufftown Records sign des to flaunt all the b0dy her mama gave her plus the one she has allegedly added.

Fantana added the simple caption: ‘In Real Life 🔥’ when she shared the photos and already, it has been getting tons of reactions from her followers who are obviously in love with what they are seeing.

Check out the photos and some of the reactions below

Men Are Wicked, They Will Always Break Your Heart – Fantana

I Have Found The Light – Wendy Shay Reveals