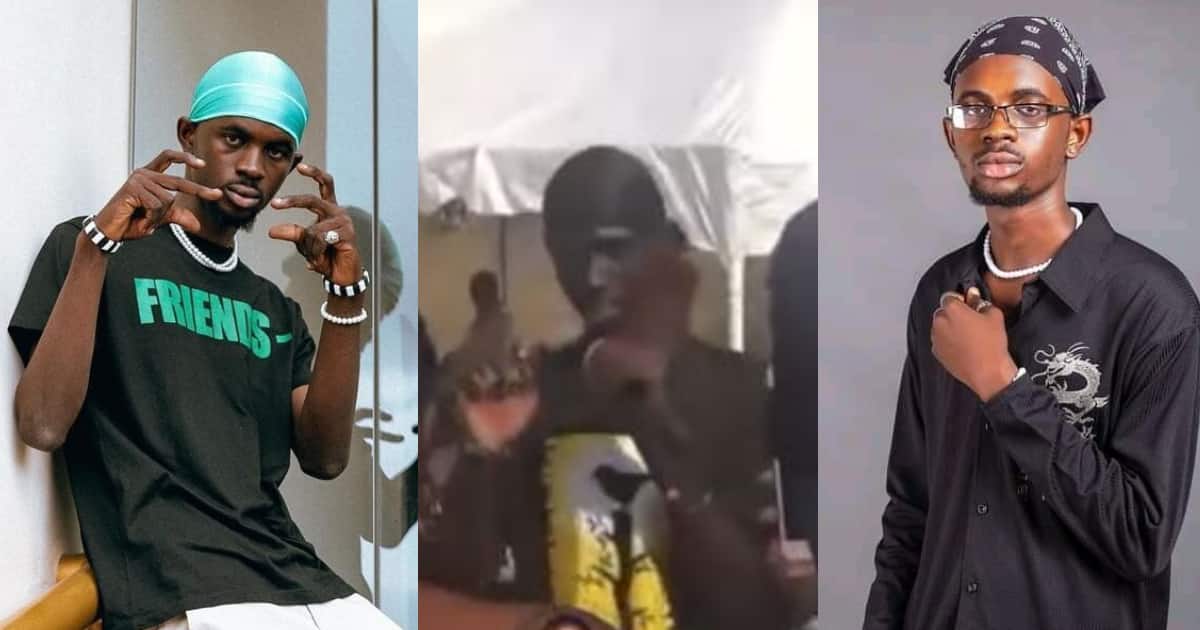 It appears one supposed lookalike of most of the popular celebrities in Ghana, especially those in the music space will spring up each week.

In the last few weeks the supposed lookalikes of musicians like Kuami Eugene, KiDi, King Promise, Medikal. Shatta Wale and a few others have made headlines for themselves after videos and photos that capture them went viral on social media.

READ ALSO: VIDEO: ‘I Was D!ckmatize’ – Michy Finally Confesses And Reveals Why She Stayed With Shatta Wale For Eight Years

After these people had their time in the wake of that short moment of fame, a new person who is supposed to be a lookalike of sensational musician, Black Sherif has been spotted online.

In some videos seen online, he was seen gladly accepting the tag of being Black Sherif after some friends hyped him and said that he was indeed the musician who recently dropped a song with Burna Boy.