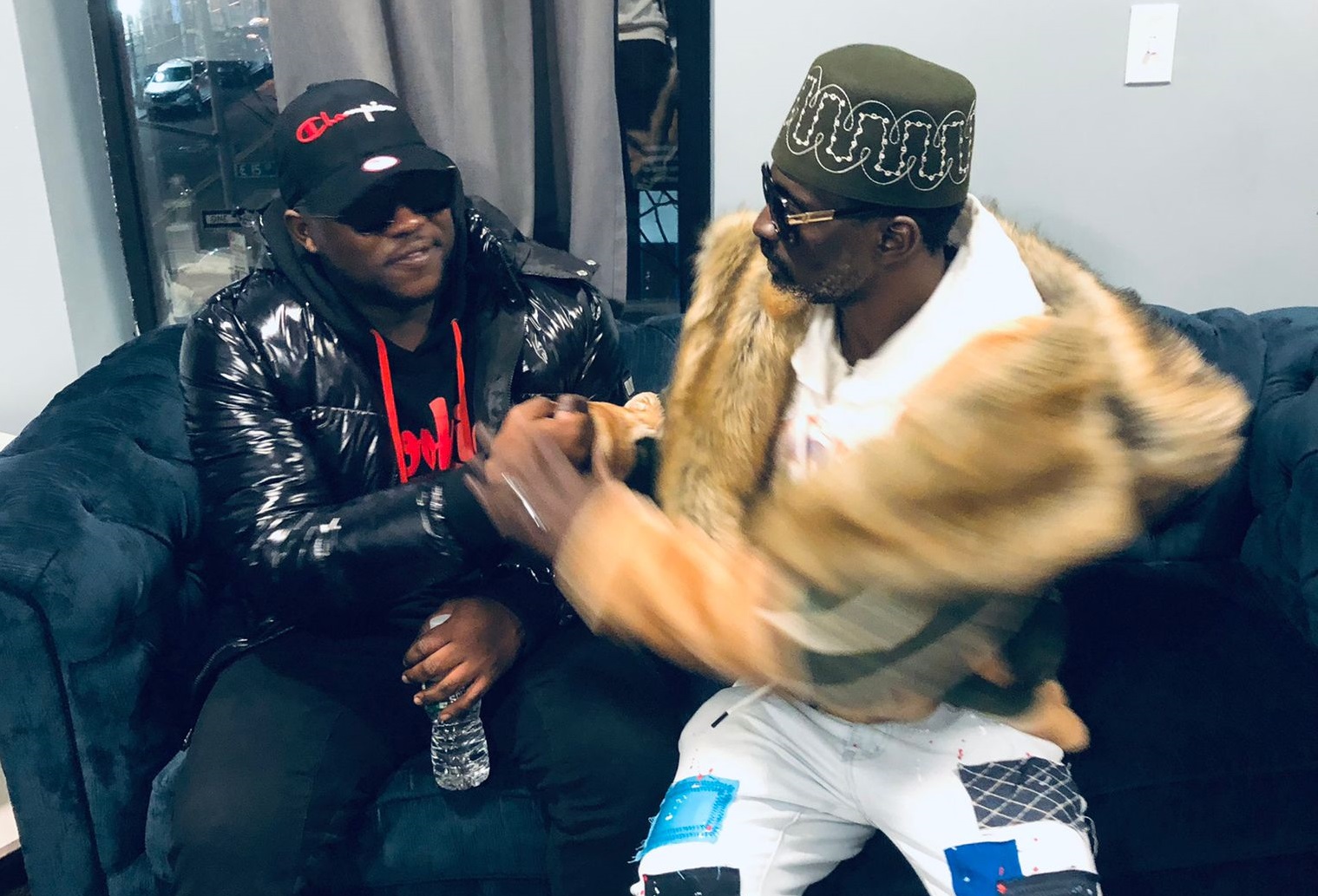 Musician Waliy AbouNamarr has sealed for himself and his fans a collaboration deal with rap star Medikal. The US-based musician and Entrepreneur linked up with Medikal during his tour with Shatta Wale in New York City.

They were spotted in photos and videos which have since made their way to social media and vlogs suggesting a possible collaboration.

READ ALSO: VIDEO: ‘I Was D!ckmatize’ – Michy Finally Confesses And Reveals Why She Stayed With Shatta Wale For Eight Years

Waliy AbouNamarr is an Afro hip hop musician and Entrepreneur who is pushing his music in the US. He has been successful with his releases and has carved a niche for himself in the US, especially among the Ghanaian community and back home here in Ghana. He also has features with the likes of Zeal of VIP fame, Ras Kuuku, Bpm Boss to name a few.

He recently released a music video to his hit song “Alkareem” and has a new song out tagged “Forever” which fans are anticipating a release of the music video Any moment from now.

Waliy AbouNamarr is one of the few US-based Ghanaian musicians who is making Ghana proud with his music.

Check the photos and Videos with Medikal and Shatta Wale below and subscribe to his channels for new updates on the latest projects and endeavors.

Share
Facebook
Twitter
Pinterest
WhatsApp
Previous articleVIDEO: ‘I Was D!ckmatize’ – Michy Finally Confesses And Reveals Why She Stayed With Shatta Wale For Eight Years
Next article‘Hungry-looking Bracko Sherif’ Spotted Hanging Out With Fans In The Streets – Watch Video
- Advertisement -