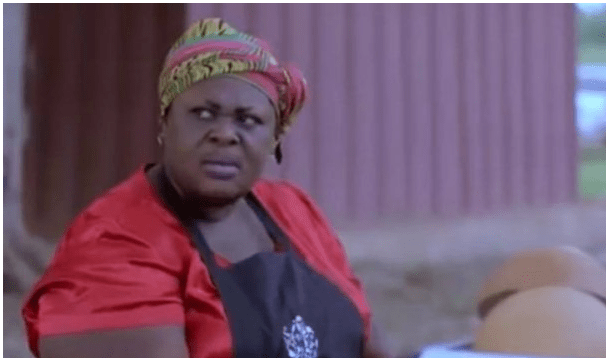 The eldest son of deceased Ghanaian actress, Beatrice Chinery, who was popularly known as Miliky MiCool, has bemoaned the neglect of her colleagues when she was on her sick bed.

Speaking in an exclusive interview with Zionfelix on ‘Z News’, Jewel Chinery revealed his late mother was sick for about a year and some months before she sadly passed on.

READ ALSO: Don’t Be Carried Away Like They All Do When They Win – Yvonne Nelson Tells Prof. Jane Naana Opoku-Agyemang

He said she was on dialysis at the Korle Bu Teaching Hospital for some time due to kidney problems. After months of battling for her life, Jewel averred a herbal treatment was recommended for her and she started responding to treatment.

According to him, his mother even did a couple of programs and they thought she has fully recovered but a few months later, she started talking about death and weird things.

Before she passed away on June 10, 2020, Jewel Chinery sadly stated that most of her colleagues didn’t show up when his mother was in a difficult situation.

READ ALSO: Wendy Shay’s Uncle Sues Despite Media And One Other For Defamation

Following her demise, Jewel said Akrobeto, the CEO of Miracle Films and some few actors have visited the family.

The son of the late actress disclosed how much they have missed her.

She was laid to rest on Saturday, July 4, 2020. She was survived by her husband and five children.

Miliky MiCool rose to fame after she played a role in the popular television series Kejetia in the early 2000s and was recently featured in the YOLO series as Koko seller.

Apart from acting, she was also an MC for events.