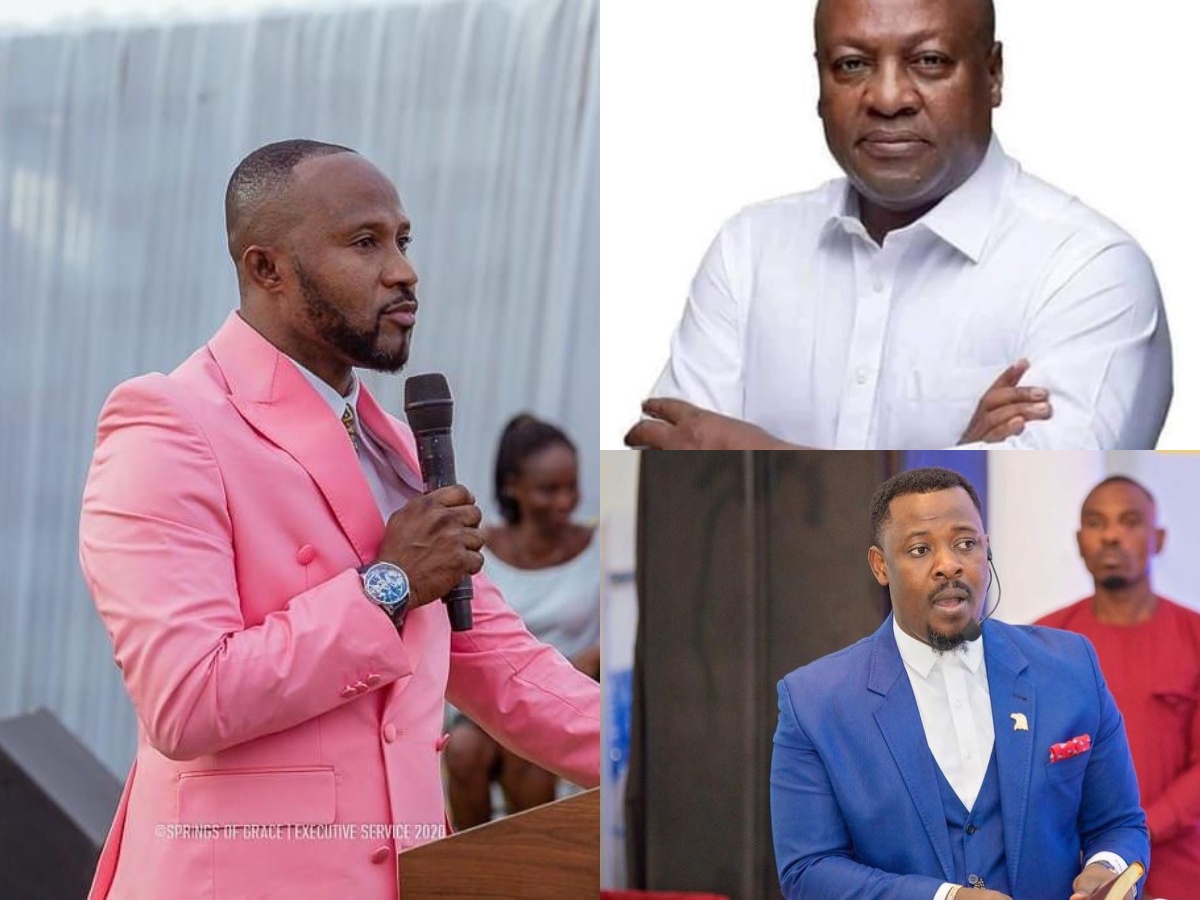 The Founder and Leader of Springs of Grace Executive Fellowship, Pastor Prince Elisha Osei Kofi has pointed out how Nigel Gaisie and other prophets are deceiving Ex-President John Dramani Mahama.

In a video available to Zionfelix.net, Pastor Prince stated that Nigel Gaisie and other prophets are deceiving the National Democratic Congress flag bearer with fake prophecies.

In the spiritual realm, Pastor Prince revealed Nana Akufo-Addo is firmly seated on the Presidential seat—so it is deceit for these prophets to prophesize in favour of John Mahama—as Ghanaians gear towards the 2020 polls.

For Ex-President Mahama to be victorious, the Man of God said there are certain spiritual directions that he and the NDC party needs to do.

According to him, the soul of the NDC leader has turned his back against him because he lost something which belonged to him in 2008 and 2012. For his soul to be at peace, the seer advised the spiritual fathers of former president John Mahama to work hard spiritually for him to get back what he lost.

Pastor Prince stressed that anyone who has a spiritual eye will witness what he is saying.

READ ALSO: Here Are The List Of Winners So Far At The 21st Vodafone Ghana Music Awards

He added that something needs to be done for the late Professor John Atta Mills as well.

Pastor Prince Osei Kofi also revealed he has seen in the spiritual realm that the eagle on top of the NDC umbrella was no more there when they met.

He emphasized that he doesn’t support any political party—but the truth needs to be told.

Until the NDC leaders pay heed to his advice, the Man of God said it will be difficult for them to come back to power.