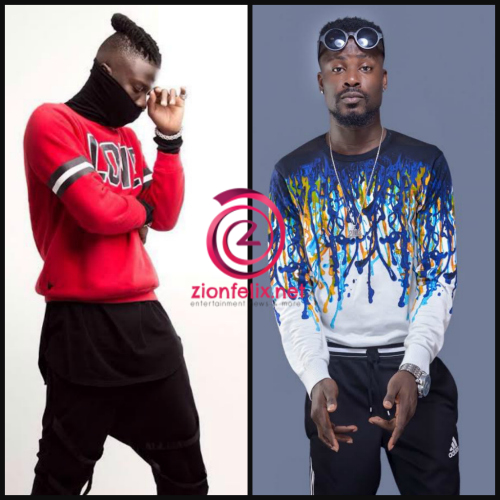 Disagreeing with him on his statement was Mr Logic, who explained the category of the song as mumble humming and gibberish song—which is accepted internationally.

In an interview monitored by Zionfelix.net on Hitz FM, Master Garzy told Andy Dosty that his colleague music producer-Riddim Boss should have known better before making such a statement.

He averred music is made up of a whole lot of things. He asked rhetorically whether lyrics alone without rhythm can make a piece of music or one reciting the lyrics would make it music. Garzy implied a lot of things are done before music is produced.

Mix Master Garzy was worried the concentration has been on a part of the song, meanwhile, it could be an inspirational song to someone because Stonebwoy said “Pray…Ego better.”

He observed some people do not pay attention to songs very well before passing a comment.

Without mincing words, Mix Master Garzy said it is bad for Riddim Boss to tag the song as trash.

He added that he is sorry for Riddim Boss for making such a comment—and he further advised him to analyze things well before commenting on any song in the future.

Listen to Master Garzy’s interview below.