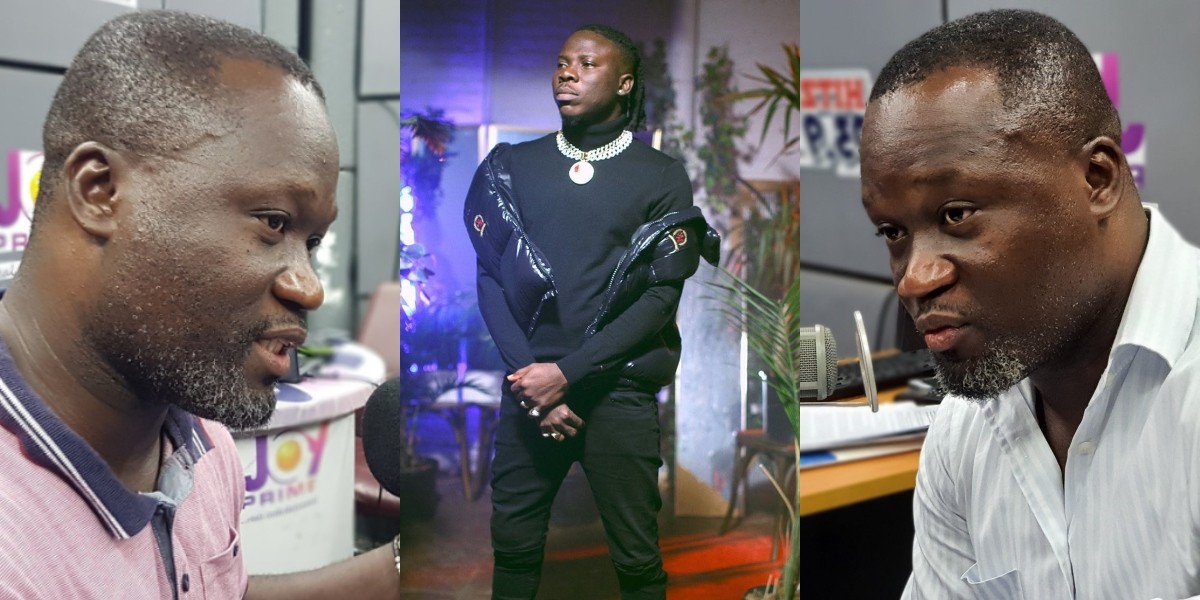 Popular on-air personality, Ola Michael, has found it hard to understand why many people are jamming to Stonebwoy’s viral Putuu song when he clearly feels it is not the standard for music.

While speaking on a radio show with panelists Abena Moet and comedian Lekzy, Ola Michaels said he was not going to consider the Putuu song as a good job done by Stonebwoy.

The entertainment critic went on to indicate that he even had a challenge with the inaudible and incomprehensible words that Stonebwoy was using in the song.

He sought clarification from his panelists to explain the language used but both Abena and Lekzy defended Stonebwoy and cited several examples of incomprehensible songs that many Ghanaians had come to love and sang for months.

Abena Moet cited the example of Patapaa’s infamous Scopatumana lyrics which became a trend in Ghana.

She also cited some Nigerian songs and foreign songs like Gengam Style which was accepted by Ghanaians and called for Ola to give Stonebwoy a break.

Ola Michael was however worried that an artiste like Stonebwoy would come out with such a song noting that the standard he was setting for music was quite unhealthy.

He admitted that the rhythm of the song was good but was concerned with the lyrics which he said did not match any local Ghanaian language.

Lekzy also cited the example of veteran musician Gyedu Blay Ambolley who got the whole country jamming to his rap skills.

Stonebwoy’s Putuu song has gained a lot of media attention and has become a new craze on social media.

Many videos have been made with fans mimicking the lyrics of the song while adding their own gestures to their skits.

All of this has made the song gain massive popularity and it was recently revealed that it was streamed over 200,000 times on Audiomack.