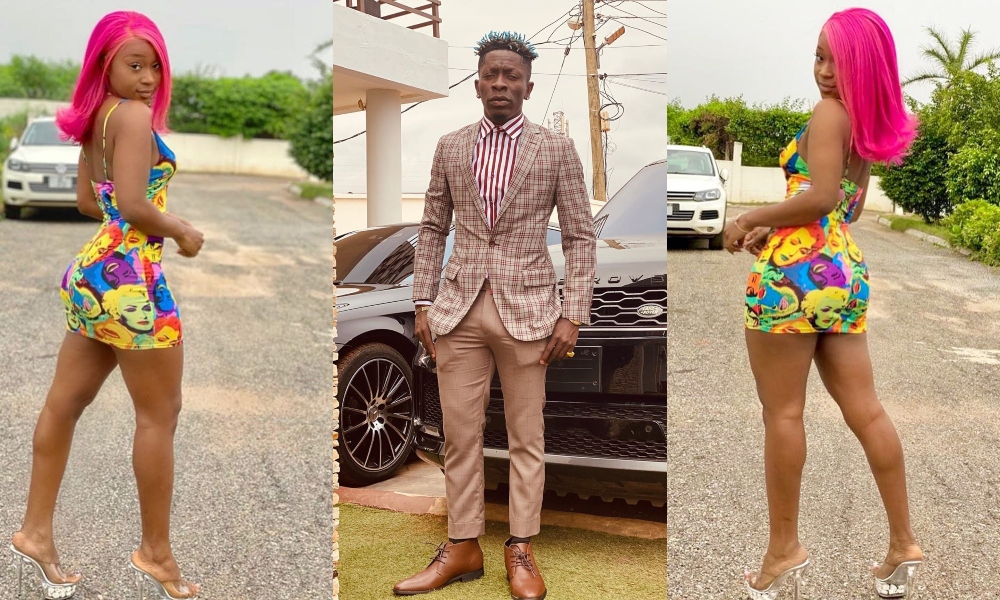 For some time now, Shatta Wale and Efia Odo had been ‘beefing’ seriously, which ended their beautiful friendship.

READ ALSO: A Lot Of Things In The Bible Are Lies – Nana Tornado (Watch)

However in a twist of fate, Shatta Wale has made peace with Efia Odo and the latter accepted with a powerful response.

Ending the beef with Efia Odo, Shatta Wale posted a photo of her on Instagram and captioned it: Don’t get it twisted. She is my bestie for life @efia_odo.

Efia Odo responded by writing: Anyone else is just temporary.

Don’t get it twisted .. She is my bestie for Life ❤️ @efia_odo

The two former best friends have made up and are now besties again.

Earlier, Shatta Wale showered praises on Efia Odo, despite their beef. Shatta Wale and Efia Odo have been rumored to be too close to be friends in the past judging by their videos on social media.

But in a recent interview on UTV, Shatta Wale quashed the dating rumors and said he was so fond of Efia Odo because she was so real.

The two were seen together in bed as they goofed around. Efia also denied the dating rumors – the two are just cool like that.

Share
Facebook
Twitter
Pinterest
WhatsApp
Previous articleKwaku Manu Is Not ‘Correct’ – Watch Him Hilariously Weep And Beg NPP’s Chairman Wontumi Not To Speak English Again When He Is Angry
Next articleYes, Ahkan Helped Me When I Was Poor, He’s Become A Liar – Bullet
- Advertisement -