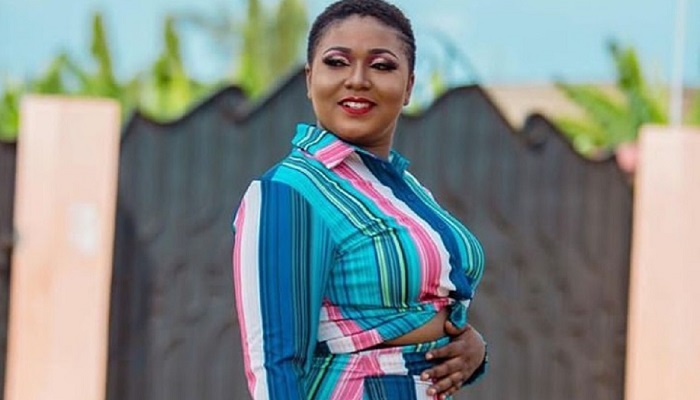 The beautiful young lady who is identified as Pearl was sighted in the house when award-winning blogger, Zionfelix, popular Ghanaian actor, Kwaku Manu, his brother, Filla Man, and other entertainment personalities went to the house of Xandy to get some work done.

From the little gathered, Xandy‘s younger sister has not really stayed in Ghana for a very long time which is why little is known of her.

The Angel TV presenter disclosed that her younger sister has spent most part of her life in the United States of America and the West African country, Togo.

READ ALSO: Brother Sammy Reveals Why He Would Walk With Sinners Rather Than Pastors – Watch Video

Apparently, Pearl is not too good with most of the local languages because of the areas she grew up.

Xandy Kamel and her young sister, Pearly Kamel are children of the late Henry Ford Kofi Kamel, who was a Ghanaian politician who served as the Volta Regional Minister and the Member of Parliament of Buem.

Watch the video below to see the beautiful Pearl…

Have You Seen A Poor Person Who Is Famous? – Xandy...