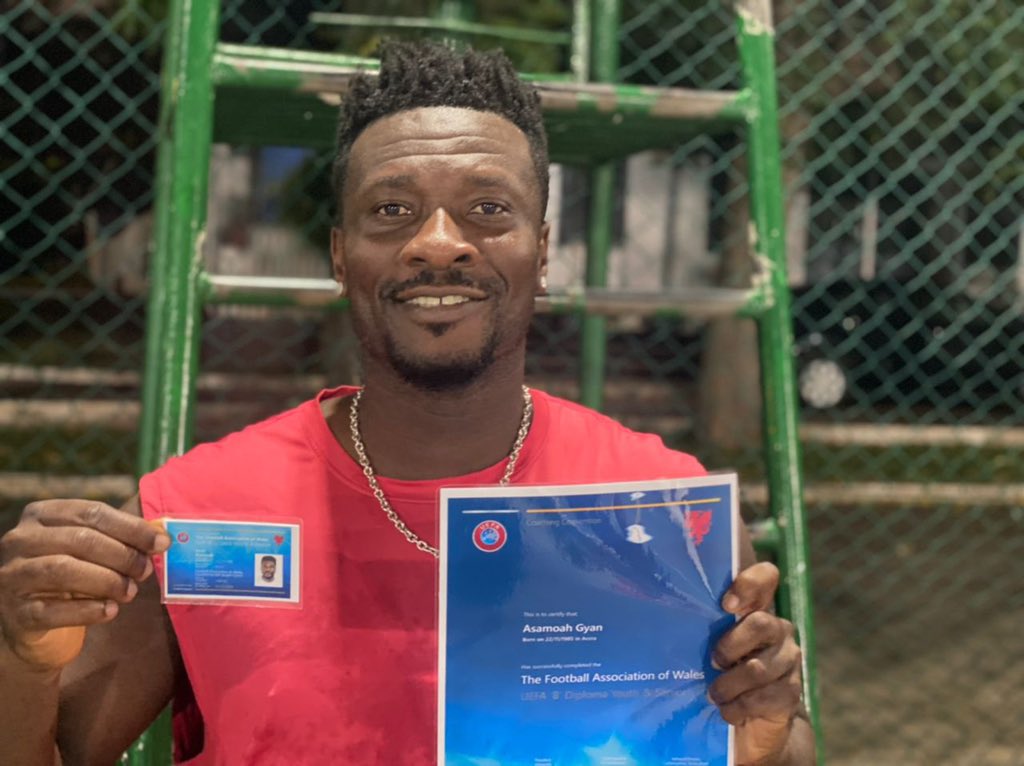 The former Sunderland player started training for this license in June 2022 when he traveled to Wales.

READ ALSO: Men should not allow marriage to stress them – Captain Smart (Video)

Asamoah Gyan was in class for the six-day program organized by the Football Association of Wales.

It was a residential course for those with experience playing or coaching within the professional game.

From what we gather, the former Al Ain goal poacher excelled during the training and after five months, he has been awarded the certificate which proves he passed.

Asamoah Gyan has also indicated that this certificate is just the beginning of the greater things he is about to do.

While the certificate goes to show that Asamoah Gyan is preparing to take coaching as a full-time job someday, it should be noted that currently, he has not hanged his boots.

Until recently, he was playing for the Ghanaian Premier League side, Legon Cities FC.

Your new UEFA License Coach is here ❤️⚽️, thanks to all who made it possible & a special one to the Wales FA , this is just the beginning . January 2023 Coaching Clinic loading 🙏🏿 pic.twitter.com/ultjaj6VwV