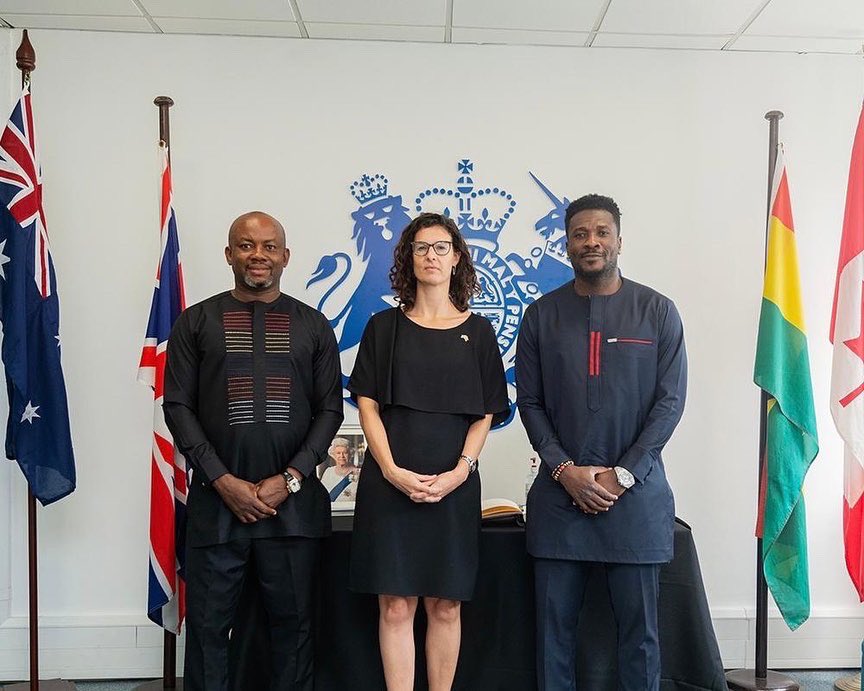 The celebrated striker signed the book of condolence in memory of the late Queen at the British High Commission in Accra in the presence of the High Commissioner, Harriet Thompson.

Queen Elizabeth II died on September 8 a few hours after doctors expressed concern over her health.

On behalf of his family and football fans, Asamoah Gyan expressed her condolence to the United Kingdom and the Commonwealth.

In a tweet, the Ghana and Sunderland striker prayed that the Queen rests in Perfect Peace.