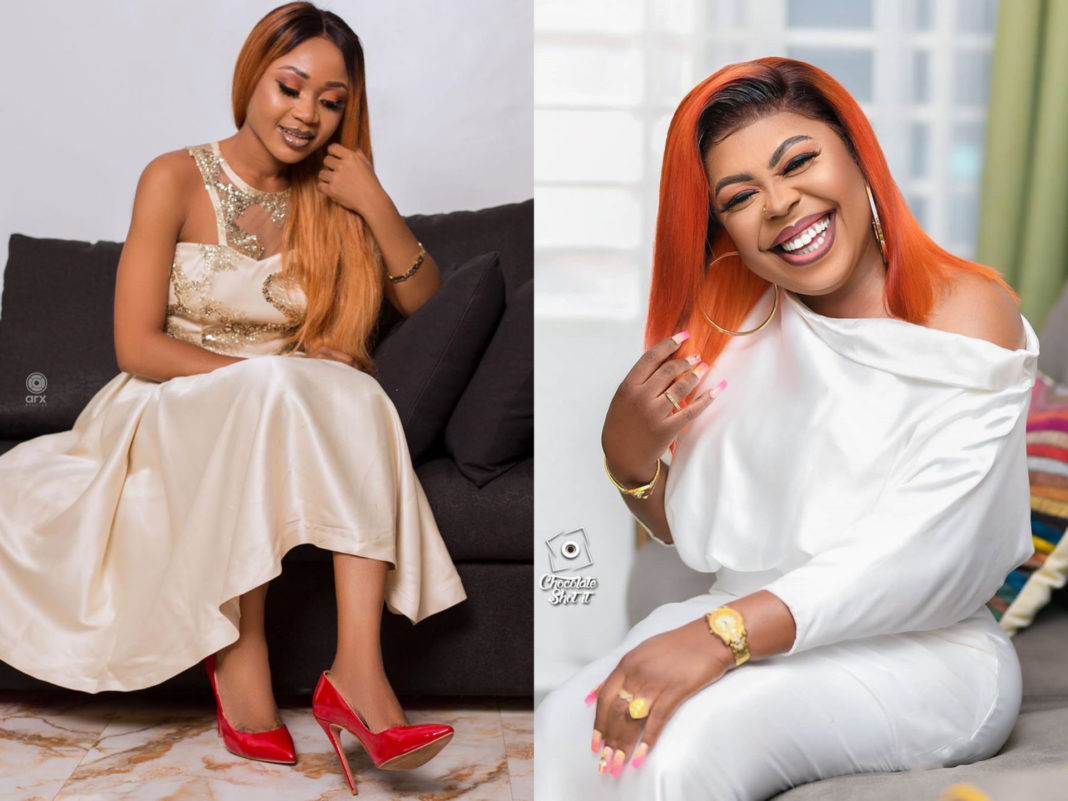 Popular Ghanaian socialite, Rosemond Alade Brown aka Akuapem Poloo has finally revealed why she decided to block her former mother in the industry, Afia Schwarzenegger.

According to Poloo, she blocked Afia Schwarzenegger some three years ago because the latter insulted her mother mercilessly.

READ ALSO: Harvard Kennedy School Finally Reacts To Dr UN’s Claims That He Graduated From There

While speaking on Hitz FM ‘Daybreak Hitz’ show, the pained Akuapem Poloo disclosed that till date she does not know what necessitated Afia Schwar to insult her mother in that manner.

She added that she had no problems with all the insults Afia Schwar had hurled at her personally over the years until the day she decided to over reach and attack her mother because she believed it was strictly showbiz.

However, she felt things were getting out of hands when Afia Schwar made those insulting remarks about her mother, especially when her mother does not know who Afia Schwar is.

When asked by Andy Dosty if she tried to get any explanation from Afia Schwar for her actions, she replied in the negative and added that she realized that it was not necessary when Afia Schwar showed signs of someone who wanted to engage in a physical fight with her when they met at a party.

Watch the video below..

Share
Facebook
Twitter
Pinterest
WhatsApp
Previous articleHarvard Kennedy School Finally Reacts To Dr UN’s Claims That He Graduated From There
Next article“If You See Any Story Linking Me To Delay Disregard It, She Is An Inspiration” – Bridget Otoo
- Advertisement -