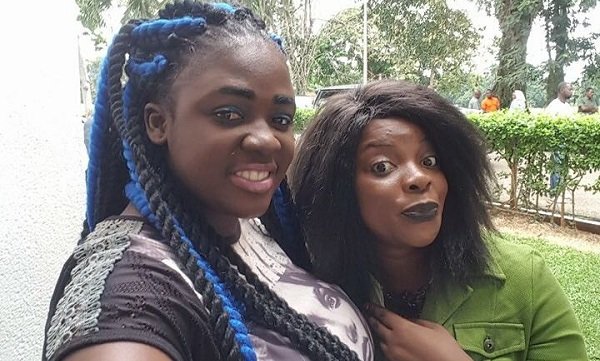 Ghanaian actress turned evangelist, Kani Gloria has begged people asking her to intervene in Tracey Boakye and Mzbel’s misunderstanding to leave her alone.

In a video available to Zionfelix.net, Kani Gloria disclosed people are sending numerous messages to her to act as a mediator.

She begged these people to let her be and enjoy her peace.

Evangelist Gloria said she doesn’t want any problem, so they should cease the messages they are sending to her phone.

She also urged them to direct their messages to Tracey’s handle on social media.

Kani Gloria clarified that she doesn’t have any issue with Tracey Boakye but she doesn’t want to involve herself in such things.

She emphasized that she is minding her business—and Tracey is not a kid for her to interfere in her private issues.