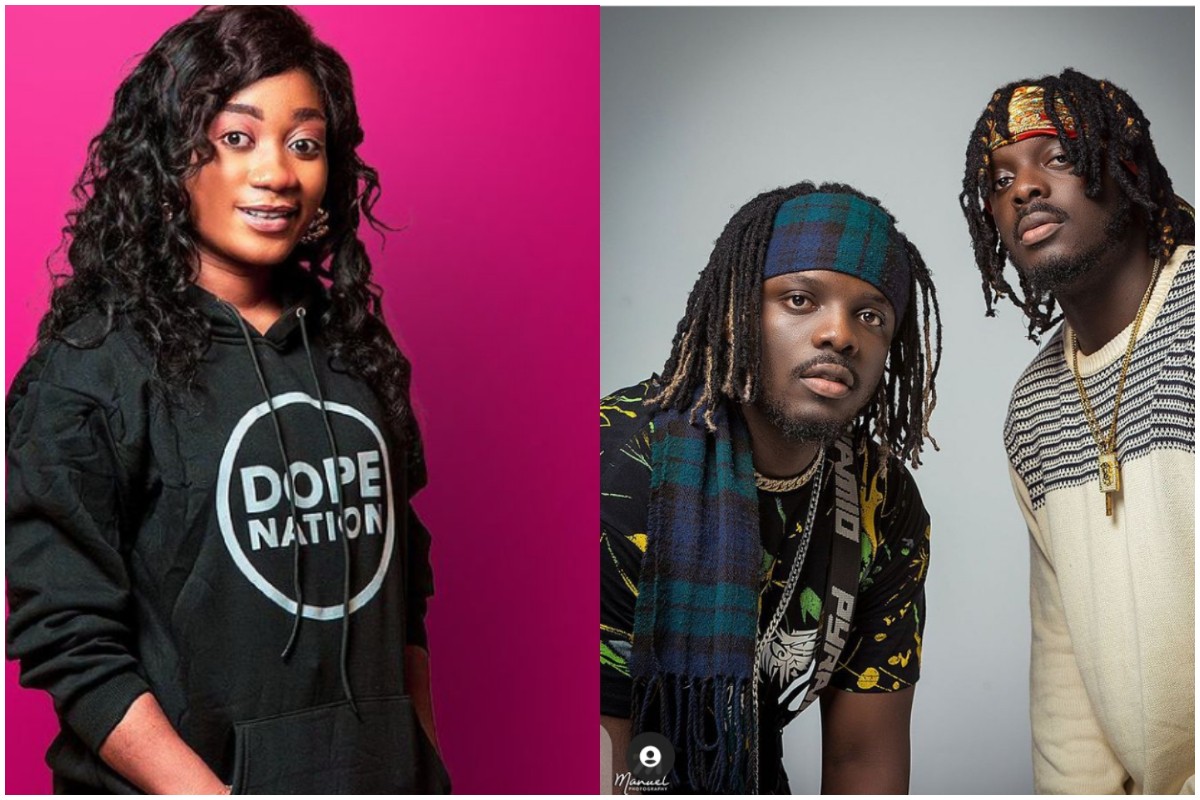 Veteran sound engineer, Fred Kyei Mensah, well known as Fredyma has offered a piece of advice to musicians/producers Dope Nation on how best they can handle talented budding singer, Adelaide The Seer.

After taking turns to perform for the viewers of the show with a live band, Dope Nation and Adelaide The Seer also shared the story about how they met not long ago, the two songs they have together, and how they intend to make the budding musician one of the big names in the Ghanaian music industry.

In reaction to all the things they said on the show last night, Uncle Fredyma took to his Facebook earlier this morning to offer his ‘two cents’ of advice to Dope Nation on how they can properly manage her and bring out the full potential in her.

According to him, the musicians/producers who are currently handling Adelaide The Seer must not rush her to become an overnight star because it might not end well.

He also makes the point that Adelaide needs proper training and grooming in a lot of ways before she will finally be ready for the competitive music market.

Uncle Fredyma mentioned that Adelaide needs a serious voice coach and under no circumstance should Dope Nation take up that role because there are others who are better equipped to do the job.

“I must reiterate here that, yes Adelaide has a very good voice, she needs a serious voice coach and a mentor. She shouldn’t be rushed into fame because of her predicament. We thank Dope Nation for bringing her to the public attention. They can support her by inviting other professionals in the music industry to help groom her. They should take my advice! Her vocal delivery and certain nuances is a bit defective. Here i can recommend the likes of Freeman Daniel Ame, others. Dope Nation should not try to be her voice coach. The results might be some way with no malice intended…” a part of his post reads.

I Have Never Been This Nervous Before – Efia Odo Says...