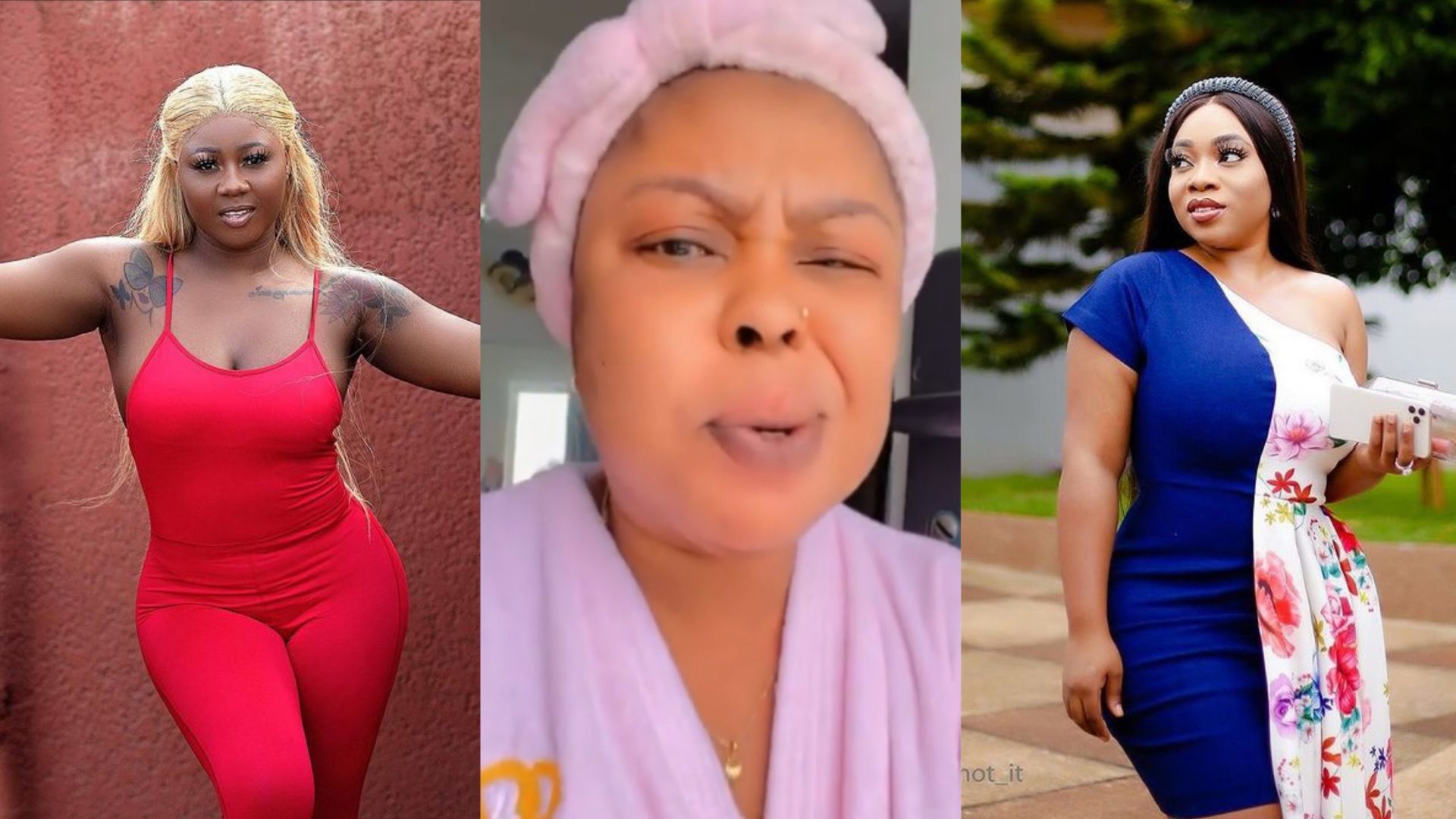 An audiotape alleged to be a phone conversation between one guy identified as Nelson, who happens to be the PA of Moesha Boduong and actress Salma Mumin surfaced online and went viral yesterday.

In this tape, Moesha’s PA was heard making a lot of allegations and supposedly revealing the secrets about why the actress finds herself in her current predicament and the challenges she is facing.

As the leaked tape continue to get the attention of social media user, controversial media personality, Afia Schwar has recorded a video to bash Salma Mumin for leaking the tape.

She questioned Salma’s motives for recording the phone conversation with Nelson if she didn’t have any intention to leak it online.

Afia also revealed quiet recently, Moesha called Salma to apologize but the latter told the former ‘to get the F^ck off’ like a typical gangster and advised Salma not to be happy that she is making fun of Moesha’s current situation.