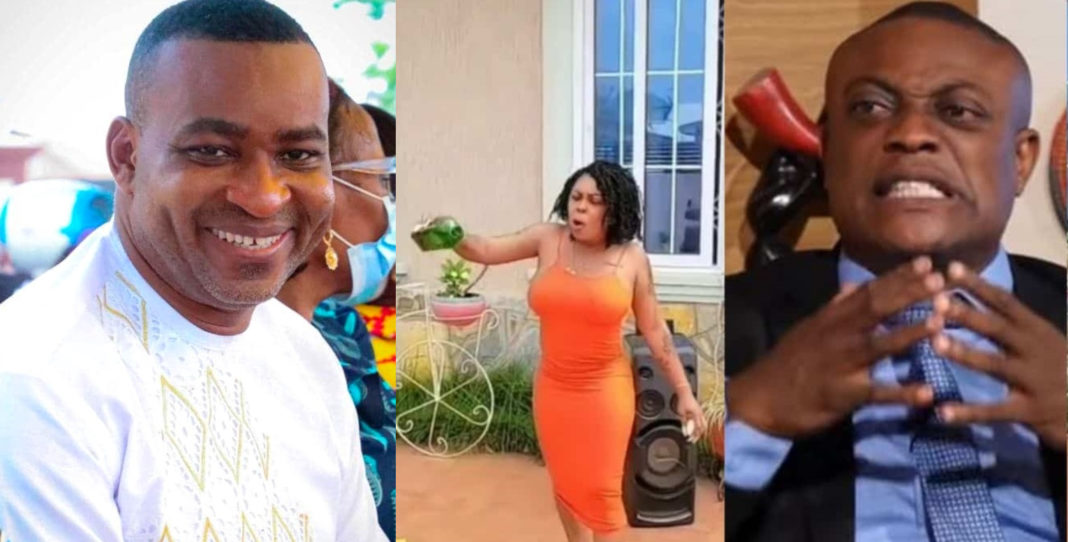 In the heat of her feud with Delay, comedienne Afia Schwarzenegger dropped a video on her social media pages to allege that she has slept with Chairman Wontumi, who happens to be Delay’s employer now.

Making that allegation, Afia Schwar hilariously said that Chairman Wontumi is someone who flatulates a lot whenever he is cum.ming during sekual intercourse and that Delay should ask her boss if she is lying.

READ ALSO: ‘I Am Tired’ – Patapaa’s Wife, Liha Miller Sl@ms Him For Disgracing Her

While there are speculations that Chairman Wontumi is taking her on legally because he believes Afia Schwar has defamed him, Lawyer Maurice Ampaw, who happens to be a worker at Chairman Wontumi’s TV and radio station in a video reacted to the claims.

According to him, the Ashanti Regional Chairman of the NPP in a chat with him vehemently denied ever sleeping with Afia Schwar because she is not his type of woman.

Maurice Ampaw also alleged that he is aware that the self-acclaimed queen of Ghana comedy has slept with dogs before and as such, there is no way Chairman Wontumi will ever sleep with her.

Well, these remarks made by Lawyer Maurice Ampaw have infuriated Afia Schwar and she has come out angrily to react.

She shared a video on her social media pages to curse Lawyer Maurice Ampaw with popular river deity Antoa and asked that he dies if the things he said were false.

I Am Still Strong After Afia Schwarzenegger’s Curses – Maurice Ampaw...