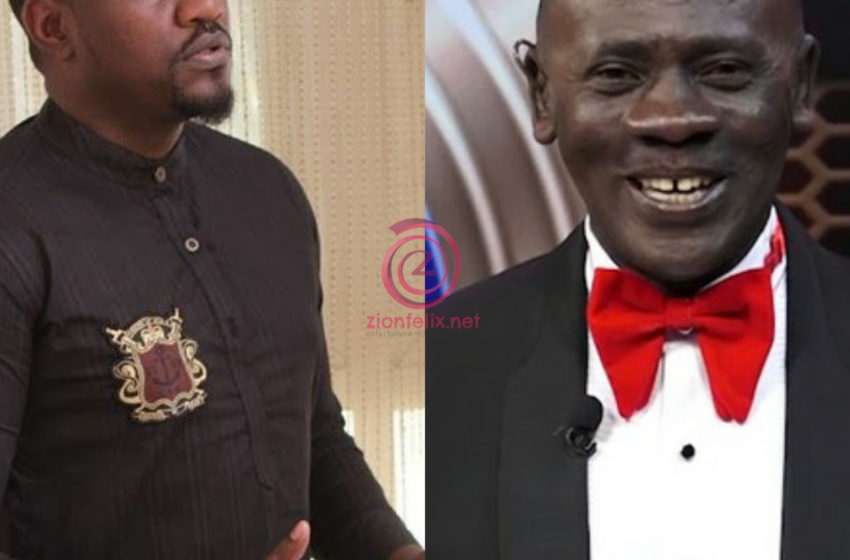 Ghanaian actor and television presenter, Akwasi Boadi, well known as Akrobeto, has encouraged John Dumelo after he was defeated in the Ayawaso West Wuogon Parliamentary contest.

During a presentation on UTV’s ‘Real News’ program hosted by him, Akrobeto told John Dumelo not to give up.

He stated in a video sighted by Zionfelix.net that John Dumelo fought a good fight.

The popular actor asserted that the number of votes Mr Dumelo garnered were very encouraging.

He was optimistic anything can happen if the NDC Parliamentary candidate contests in next four years election.

Akrobeto, however, advised John Dumelo not to visit the constituents and pound fufu or do any works for them if he contests in the next election.

He emphasized that they will vote for him if they have made up their mind to do so.

Akrobeto was unhappy about how some people trolled him on social media following his defeat.