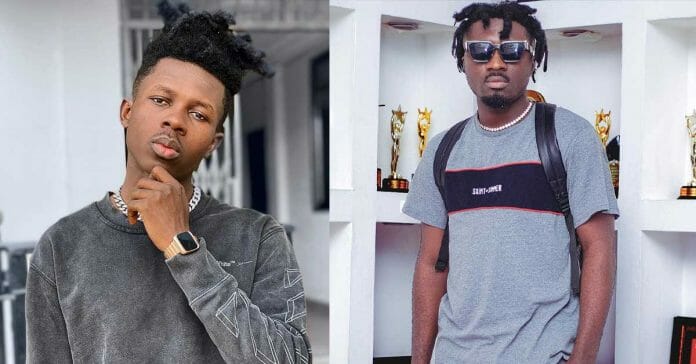 Amerado has reacted to the recent claim by Strongman that his baby mama, Nana Ama Strong has warned him not to reply to his jabs in the song ‘Obiaa Boa’.

Strongman in that interview he granted Ike The Unpredictable on Angel FM added that Nana Ama stated plainly that if he ever recorded a diss song for Amerado he was going to back out of his house that very day.

Well, Amerado does not appear happy with the remarks Strongman made and he has replied to him finally.

In a chat with Poleeno, Amerado questioned what level Strongman claims to be currently that he (Amerado) is not.

He also went further to question what Strongman has done since 2013, when he (Amerado) had his breakthrough as a musician, but he has not done equally or even better for him to make such remarks.

Amerado added that if indeed Strongman’s baby mama indeed made such a remark, then she probably has to pack out of his house as she threatened because Strongman has been speaking about him in all his recent interviews.

Strongman Features His Daughter, Simona In The Video Of A New...