‘Are You Hungry Like That?’ – Asantewaa Takes A Fresh Swipe At Eyram As She Exp0ses Her 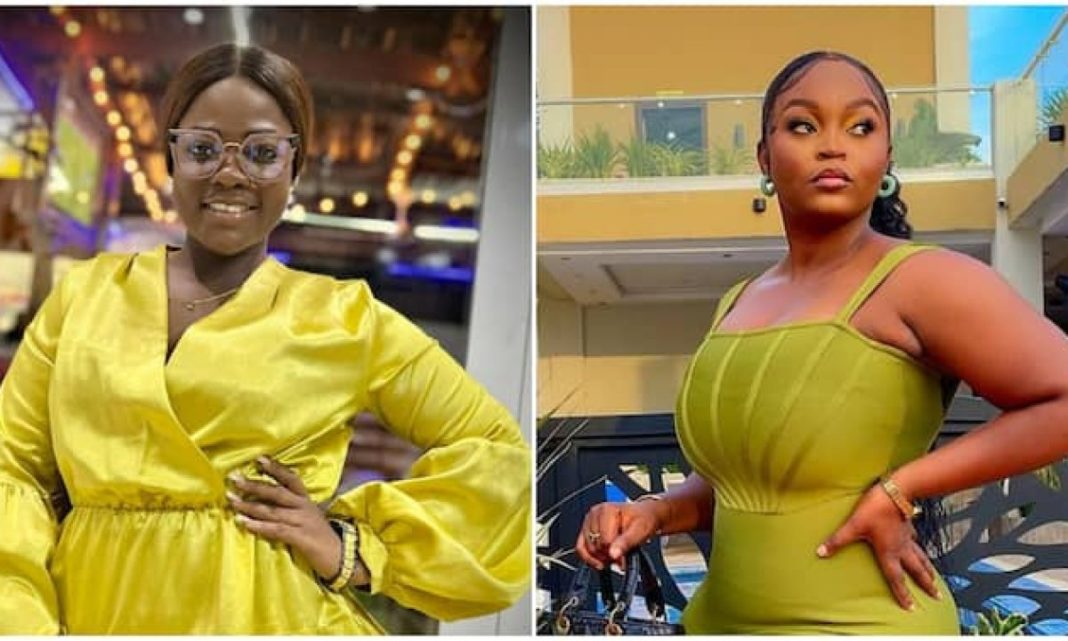 Tiktok star Asantewaa has taken a fresh swipe at the baby mama of Yolo TV series star, Aaron Adatsi aka Cyril, following her recent threat to expose her.

Eyram is reported to have allegedly defrauded the award-winning TikToker a whopping GH¢300,000.

According to reports, the money was meant for the construction of a storey building for Asantewaa, a project Eyram became the center of because she allegedly introduced Asantewaa to one contractor who was a family member of hers.

For whatever reasons, the project did not go as planned and Asantewaa has been pained ever since.

READ ALSO: Lilwin Blows Cash On Strongman As He Performs At His School’s Speech And Prize-Giving Day Ceremony (Video)

In the first of her series to expose Eyram, Asantewaa took to her Instagram page to call out the former for allegedly lying to her about some goods she got for her when they were in Nigeria recently.

Asantewaa disclosed that Eyram claimed to have bought some goods for her from the mall when in actual fact, a friend of hers in Nigeria and her husband paid for the full cost of all the items Eyram brought to her and took money for again.

See the screenshots of Asantewaa’s posts below…

Asantewaa Goes All Romantic On Her Husband As He Celebrates His...