Nkonkonsa.com’s Eugene Osafo Nkansah and actress Victoria Lebene are set to tie the knot in a secret wedding this weekend.

According to information from Ghanacelebrities.com, the couple decided to keep their relationship and their upcoming marriage a secret but unfortunately even walls have ears.

According to reports, invitation cards have already been sent out but in a bid to keep the marriage a secret, two different initiation cards were printed.

The card for the man reads “Eugene Osafo Nkansah invites you to his marriage ceremony on…” and it is allegedly the same for the woman.

Congratulations to the couple. ZionFelix wishes them the very best in their marriage. 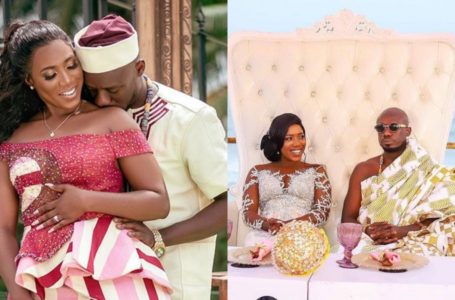 Stop The Hypocrisy And Pretence, Is George...