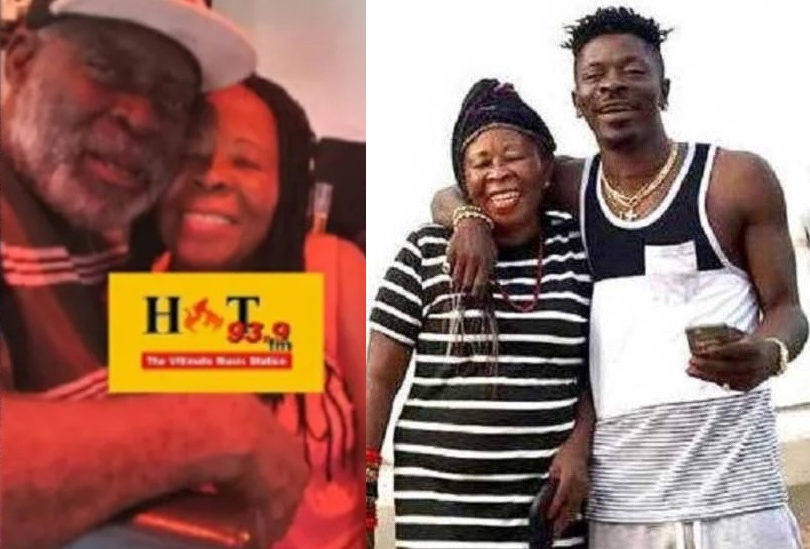 His threat to sue comes after Kofi Adjorlolo granted an interview to Nana Romeo on Accra FM and denied claims that he was harboring any plan of marrying the mother of Shatta Wale.

READ ALSO: Tracey Boakye Shows Of Bik!ni Body As She Goes Swimming With Her Husband On Their Honeymoon – Watch Video

In that interview, zionfelix.net monitored, Kofi Adjorlolo stated plainly that there was never a time he had any plan of marrying Shatta Mama, rather, he believes the stories which went viral were just created by some unknown he believed did not deserve his time.

Following these remarks, Reagan Mends, the blogger who was the originator of the stories and doubles as the publicist of Shatta Mama has also come to social media to fight Adjorlolo.

In a post he shared on his Facebook wall, he revealed that he is evidence to prove that Adjorlolo indeed wanted to marry Shatta Mama.

He added that the award-winning actor and Shatta Mama were the people who told him to even publish such a new item in the first place.

In simple and very plain language, Reagan says that Kofi Adjorlolo lied in that interview he granted.

My attention has been drawn to an interview legendary actor, Kofi Adjorlolo granted Accra FM where he labelled me(Reagan Mends), a liar for publishing his supposed marriage with Madam Elsie Avemegah aka Shatta Mama, the mother of legendary dancehall artiste, Shatta Wale on www.hotfmghana.com

In the interview, Kofi Adjorlolo stated flatly that it’s never true he told me to publish the news – neither did he have any amorous relationship with Shatta Mama.

I will melancholically urge the general public, specifically, the showbiz fraternity to disregard Kofi Adjorlolo’s divulgence with the contempt it deserves.

Per my relationship(Publicist) with Shatta Mama, I can confidently say, Kofi Adjorlolo dated Shatta Mama and they together beseeched me to publish the news about their marriage.

As the then executive Producer of award-winning entertainment talk show, ‘Hot and Classic Showbiz Review ‘on Hot 93.9FM, I honoured Kofi Adjorlolo on the Show when he celebrated his 30 Years of Service in Showbiz in 2015.

While reading the Citation, Kofi Adjorlolo, shedding tears on live radio established that it was the first time he had been honoured like that on radio.

My motive behind the aforementioned is to Scathingly babble the kind of congenial relationship I have with Kofi Adjorlolo and Shatta Wale’s mother.

I’m extremely flabbergasted and wholly skeptical that a legendary-veteran actor like Kofi Adjorlolo could peddle such an opprobrious and grossly libellous falsehood against me.

Ever since I became an entertainment journalist in 2014, I have coerced over a hundred Monster headlines.

I have already gained immense prominence as an entertainment Journalist and figure through drudgery so why would I peddle such falsehood against these persons?

For the sake of Shatta Mama, I wouldn’t want to openly unmask certain facts.

But, I want to state emphatically that I may be forced to sue Kofi Adjorlolo; Yes! I would never sit aloof and watch him dip my hard-earned credibility.

Note: Shatta Mama has no knowledge about this piece