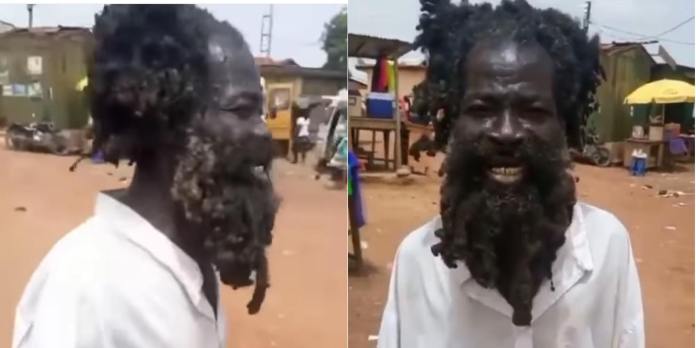 After gaining popular on the Ghanaian social media scenes with his rhetoric which does not appear to be does of a typical Ghanaian madman, the only ‘celebrity’ madman in Ghana, Mona Mobl3 has decided to monetize his new found fame.

Even though he has been seen speaking to a lot of people under various circumstances without taking a penny, the man who appears mad has in a new video which has surfaced online has been seen demanding for money before he speaks.

After an unknown man met him in town recently and tried to interview, Mona Mobl3 stated that he is not talking to him for free.

In a new video that has surfaced online, he told the interviewer to give him 2 million, that is GHS200 before he’ll say a word.

Well, it might sound very funny but it appears Mona Mobl3 is not taking any chances now.